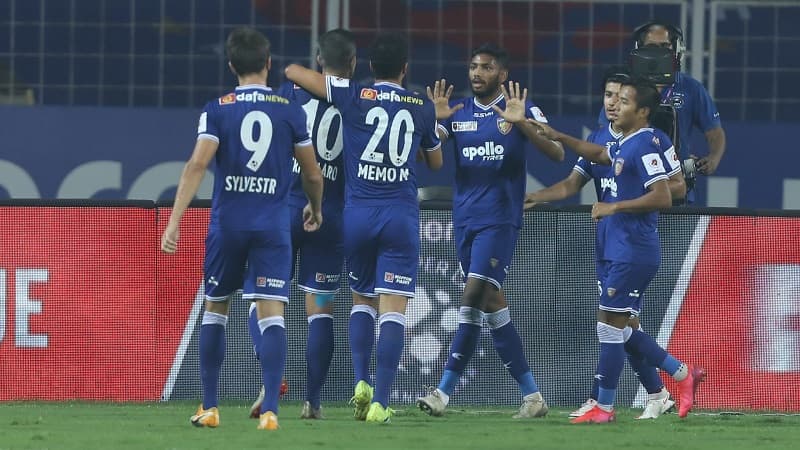 Chennaiyin FC is a football club representing Chennai, Tamil Nadu in the Indian super league. The club was established in August 2014. The club played they officially match on 15 October 2014. The club’s primary color is blue ever since its inception and its logo is the dhristi bommai, a representation of chasing away negativity and preserving positivity in the Tamil culture. Chennaiyin Squad was well popularized among teenagers as it consist of many national team players which is nowadays an inspiration for this generation.

1️⃣5️⃣ days to our @IndSuperLeague opener 🤩

Eight weeks were enough to make the players run and still keep them fresh was been said by the head coach of ChennaiyinFC. Coach also stated that they will play about 7-8 matches with other teams after basic training. Chennaiyin FC is a club mixture of youth and experience and also some domestic players who play for the national team.

The preseason training was started on 26 September, About eight weeks of training and matches were scheduled for Chennai in players. Their first friendly fixture kicked off on 21st October against Bengaluru FC where chennayiyin FC won by 3-2. last match of Preseason camp which is against FC goa on 12 of November.

Chennaiyin FC finished in 10th place in the previous season with 18 played matches 2 wins 3 draws 13 loss total point 9. After winning the previous season of the Indian super league with a lot of pressure from defending champions Chennaiyin FC they secured 10th place in the Indian super league 2018-2019. It was the fifth season for the team, team dis pointed their fans and made a promise to come back in the next season.

What are the fixtures of Chennaiyin – FC?