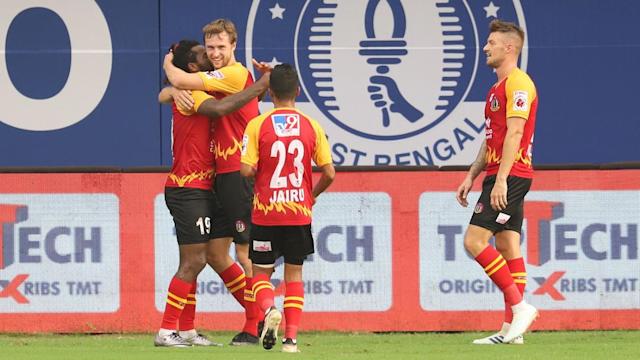 Chennaiyin FC will take on SC East Bengal in the 16th Match of the Indian Super League (ISL) 2021/22 season on 3rd December at the Tilak Maidan, Vasco Da Gama.

Chennaiyin FC have had a strong start to their ISL 2021/22 campaign as they stand at the third spot in the points table with six points to their name. They have managed to win both of their games with the most recent one being a 2-1 victory over Northeast United.

On the other hand, SC East Bengal will be disappointed with their performances this season as they see themselves placed at the 10th position in the standing having collected just a single point. They are winless so far after three games losing two and drawing the other. They suffered a 6-4 defeat in their previous game against Odisha FC.

Chennaiyin FC and SC East Bengal have met on two occasions with both games ending in a draw. Their last was played in January 2021 which ended in a goalless draw.

Chennaiyin FC: Rafael Crivellaro will miss out due to a muscle injury.

Chennaiyin FC have performed admirably so far whereas SC East Bengal have had the exact opposite results. Chennaiyin will aim to record three consecutive victories and are most probably expected to come out on top.

The match between Chennaiyin FC and SC East Bengal will be streamed live on the Star Sports Network, Disney+ Hotstar, and Jio TV.