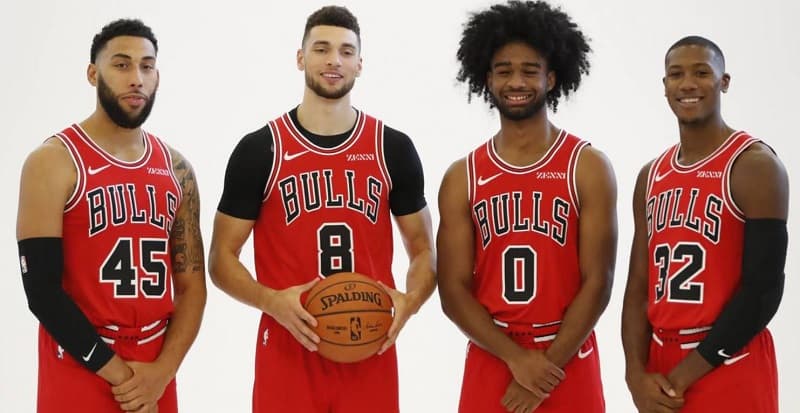 Chicago Bulls is one of the teams to compete in the NBA. It is a member of the Eastern Conference Central division. It was founded in the year 1966. They are one of the most valuable clubs in the NBA. They generate annual revenue of $300 million each year and incur expenditure of $100 million on player’s salaries. The club’s annual net worth is $3.3 billion. Check out the Chicago Bulls Players Salaries And Highest-Paid Players List 2021/22.

Chicago Bulls is a very popular club and consists of popular basketball players. As we know the Bulls generate a lump-sum amount each year, so the players also earn a hefty sum from the club. Check out the salary each player in the Club Chicago Bulls earn along with the position they play in the court.

DeMar Darnell DeRozan is an American professional basketball player. He was selected in the 2009 NBA draft by the Toronto Raptors. Recently DeRozan was selected in Chicago Bullas, in 2021. He is a four-time All-star NBA player and two times All -NBA team member. He also played in the Summer Olympics 2016.

Nikola Vučević is a Montenegrin professional basketball player. He was named two-time NBA All-Star NBA during his tenure in the Orlando Magic. He has signed a 3 year $46million deal with the Chicago outfit this season.

Zach Thomas LaVine is an American basketball player. He is a slam dunk champion with an NBA All-star achievement won in 2021. He became the fourth NBA player to ever win consecutive dunk contests. Zach earns a sum of $19,500,000 as a salary for his exquisite basketball skills.

Lonzo Anderson Ball is an American basketball player that plays as a point guard on the court. 2018 2nd Overall Pick Lonzo Ball will collect just over $18.5million this year. He is coming off his best-ever season with the Pelicans and joining a team hoping to be Eastern Conference contenders.

Alex Michael Caruso is one time NBA champion with the Lakers in 2020 made the switch to the Bulls after leaving as an unrestricted free agent. He signed a $37 million 4 year deal with the Chicago outfit.