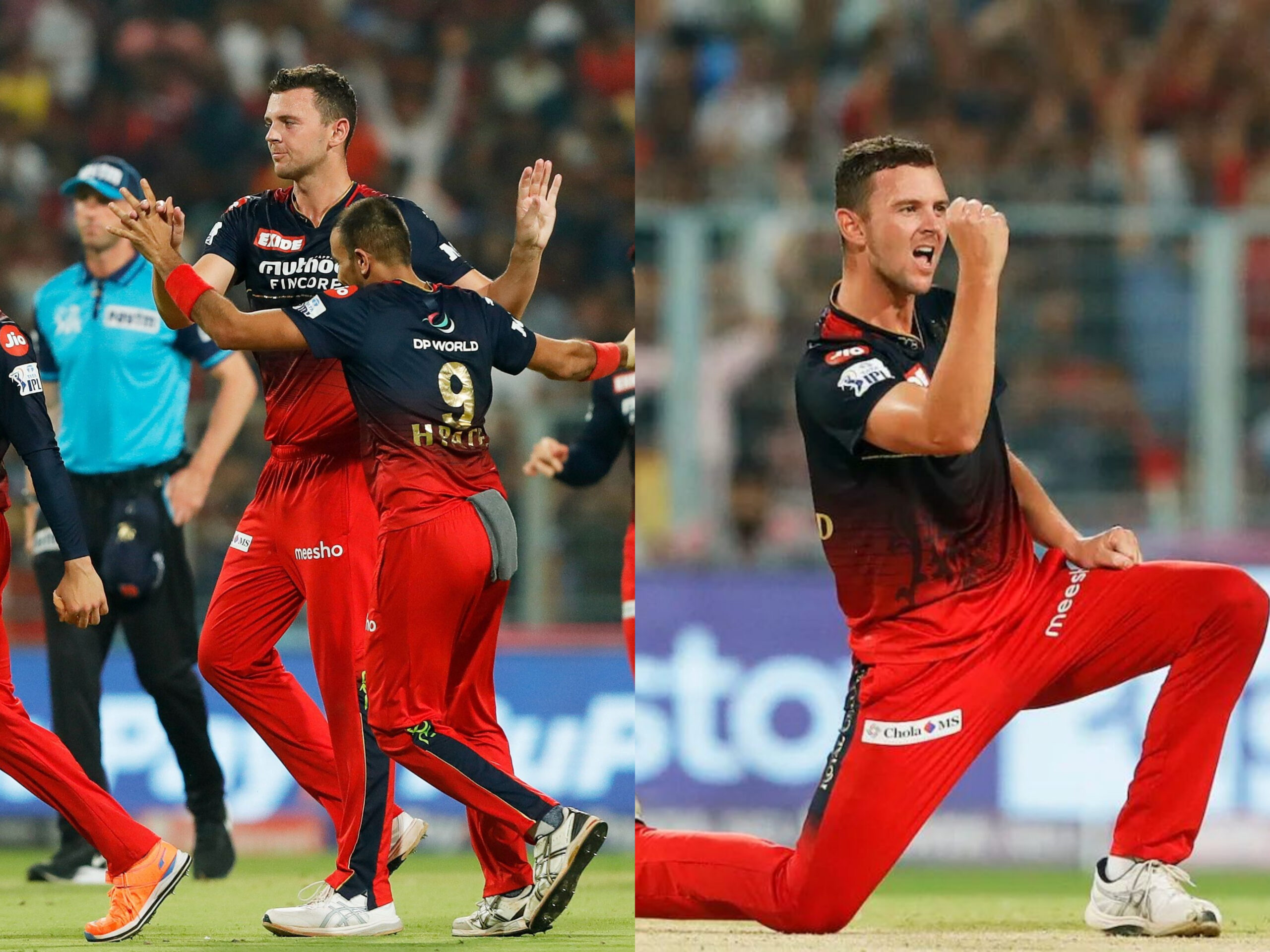 Josh Hazlewood delivered a sensational spell under pressure for the Royal Challengers against Lucknow Super Giants in the IPL Eliminator. Entrusted the penultimate over with 33 to defend, he gave away just nine runs and picked up the deciding wicket of KL Rahul, and then Evin Lewis in successive balls.

The pacer took three wickets and though his 43 runs were expensive, his death bowling turned the game in RCB’s favour when it seemed LSG were primed to win. His last over was instrumental in restricting LSG to 193 in pursuit of 207, and set up RCB’s 14-run victory.

KL Rahul seemed in full control as he targeted Wanindu Hasaranga, striking a four and a six as the 17th over went for 14. LSG’s target – 41 off three overs – looked steep, but not for him. Then Harshal Patel removed Marcus Stoinis for 9, and Rahul faced a single ball in an over that conceded only nine runs.

Under severe pressure, Rahul was on strike for the first ball of Hazlewood’s over – but couldn’t connect. He and Evin Lewis managed only a couple of singles, though the Australian did send down three wides. On the fourth legal – and seventh attempted – delivery, a low full toss had Rahul attempting a scoop, and he launched the ball back over his head and into the hands of Shahbaz Nadeem at short fine leg. Rahul had to go, and with him most of LSG’s hopes.

Next ball, Hazlewood destroyed them completely by felling Krunal Pandya for a first-ball duck. The batter played too early against a slow, low full toss and tapped the ball straight back into Hazelwood’s hands.

Dushmantha Chameera dismissed the hat-trick four with a four driven straight down the ground, but the damage was already done.

Hazlewood was purchased by RCB for 7.75 crores at the auction, and they have never looked back. In 11 matches he has taken 18 wickets while operating at an economy rate of 8.3. He’s the third highest wicket taker for RCB, in spite of playing four fewer matches than Wanindu Hasaranga (25) and three fewer than Harshal Patel (19).

RCB now move ahead to Qualifier 2, where they face off against Rajasthan Royals to decide the second finalist on May 27 at Eden Gardens, Kolkata.

Never write off Australians. They come to clutch just when you think it’s all over. Get in, Josh Hazlewood.#LSGvRCB

Still wondering what CSK were thinking when they let go of Hazlewood. https://t.co/bQO31bwBSg

Quality and experience of Hazlewood 👌