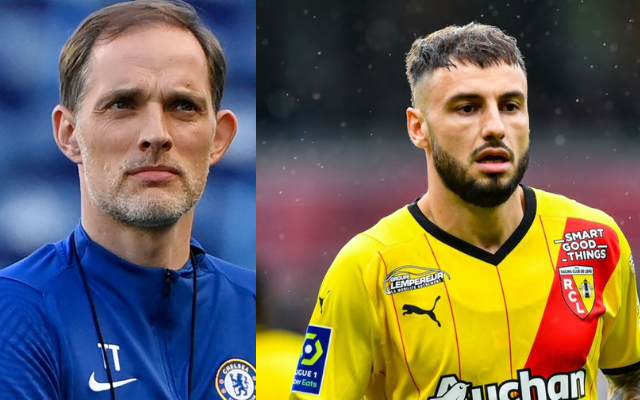 Chelsea has made it clear that they are interested in acquiring Jonathan Clauss, a highly sought-after wing-back now playing for RC Lens

This summer, Jonathan Clauss is reportedly facing an unclear future, as indicated by a story from La Voix du Nord. The French fullback has reached the last year of his contract at RC Lens, and he has made it quite plain that he will not sign a contract extension at the Ligue 1 side. The 29-year-old has entered the final year of his deal.

Several teams have an interest in acquiring Clauss’ services, and Chelsea is one of them. Atletico Madrid has also joined the list of teams interested in acquiring his services before the start of the new season. Even if the player has hinted that Clauss won’t be leaving Lens just for it, it’s doubtful that it will cost a lot to get him.

Clauss is a right-back by profession, and ever since he moved to Lens in the summer of 2020, he has had an incredible amount of success there. The fullback, who is 29 years old, is considered by some to be a late bloomer. Yet, due to his technical expertise and his capacity to give width out wide, he has impressed many who have seen him.

The Frenchman finished the previous season with a total of eight goals and 18 assists for the club in Ligue 1, which is indicative of his offensive talent. As a result, he is an enticing option for Chelsea to consider.

As a result of the possibility that Cesar Azpilicueta would be moving to Camp Nou, the Blues are looking to acquire a new right defender. After all, Azpilicueta’s possible departure might result in Reece James being the only alternative that can be considered for the post. As a result, Chelsea must locate an alternative player who can compete with the Englishman on the market.

What is Chelsea thinking?

Because of his offensive capabilities and his willingness to put in an effort on the wing, Jonathan Clauss is an ideal candidate for Chelsea. The fact that the 29-year-old can perform very well in the wing-back position makes him an excellent candidate for Thomas Tuchel’s tactical system, which is based on the principle that wing-backs provide breadth to the playing field.

There has been speculation that Chelsea would make a bid for Sergino Dest. Clauss, on the other hand, has had a great deal of success in recent years, in contrast to the American international player, who has had difficulty gaining prominence in Xavi’s tactical setup. This makes Clauss a potentially safer alternative.

On the other hand, Chelsea can’t lose sight of the fact that Atletico Madrid is also in the race. As a result of Kieran Trippier’s departure in January, the Spanish giants now have a place open at right-back, which puts them in a stronger position to be able to promise the 29-year-old French international consistent game-time during the next campaign. Because Clauss would consider the opportunity to play often at his new club to be of the utmost importance, it is not possible to rule out the possibility that he will transfer over the summer to Atletico Madrid.