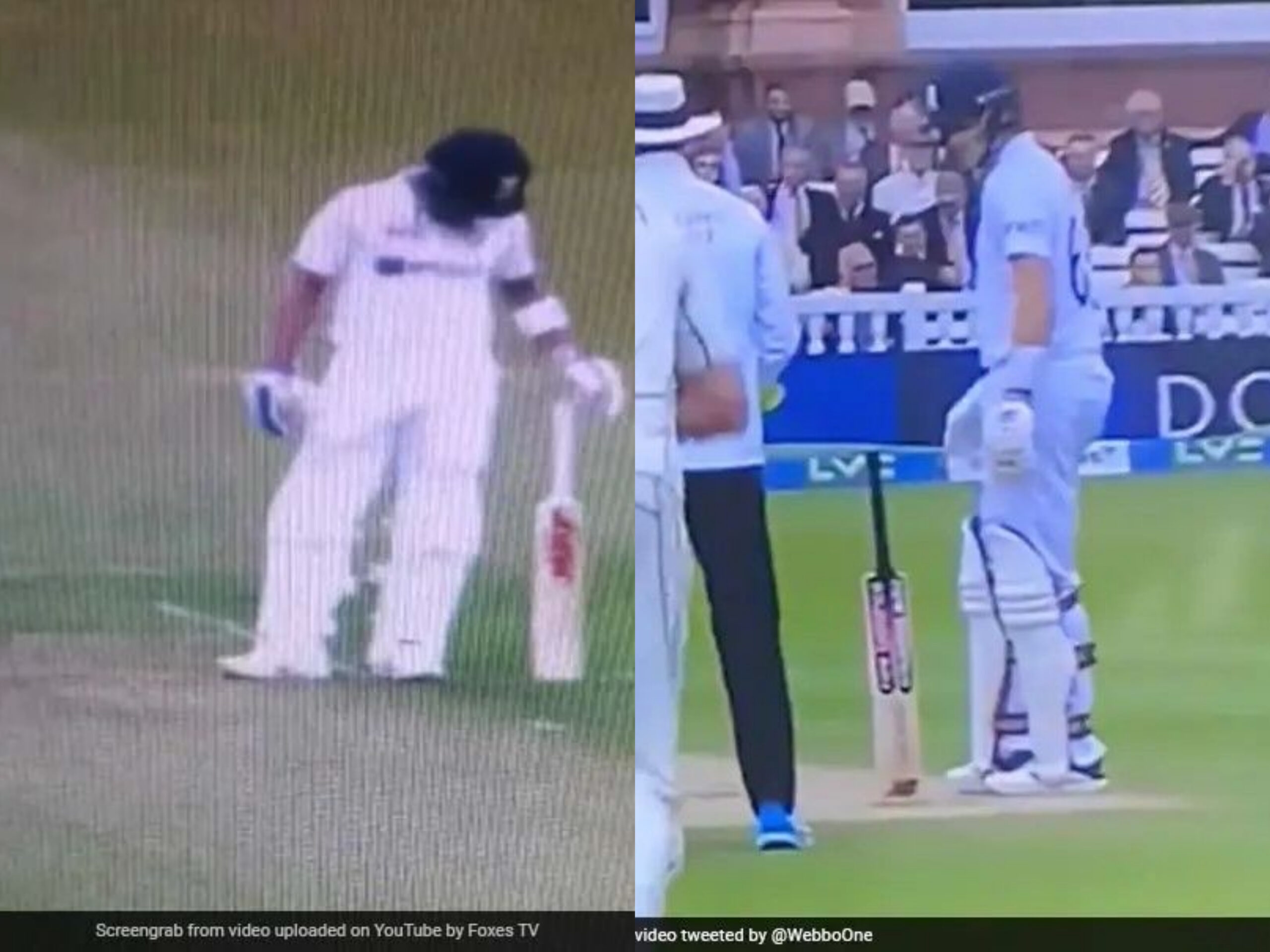 India began their warm-up game against Leicestershire today, ahead of the one-off Test against England. While Virat Kohli was batting, he was spotted on the pitch at the non-striker’s end trying to balance his bat upright.

This was inspired by the former England captain and superstar batter Joe Root. During the first Test against New Zealand at Lord’s, Root appeared to pluck his bat off the ground from where it was suspended upright, held up only by its bottom edge. The video of Root’s apparently levitating bat went viral, with fans calling him a sorcerer and magician capable of defying the laws of physics.

I knew @root66 was talented but not as magic as this……. What is this sorcery? @SkyCricket #ENGvNZ 🏏 pic.twitter.com/yXdhlb1VcF

It appeared Kohli was trying the same trick, but couldn’t pull it off. The video of him attempting to mimic Root’s absurd balancing act went viral as well.

The first day of the warm-up game was a tough one for the India batters. After being 54-4 at one stage, contributions from the lower middle order ensured they ended the day with a semi-respectable 246-8.  Kohli himself scored 33(69), anchoring the innings alongside Srikhar Bharat. Bharat was the standout performer of the day, ending not out on 70 off 111 balls.

Kohli’s balancing act drew a lot of banter from his fans on Twitter.

I think kohli is superstitious. Maybe he thinks by balancing his bat might bring his luck back.

‘6ixty will be fun, but won’t replace proper cricket like The Hundred’ – hilarious Twitter reactions to CPL’s 60-ball league