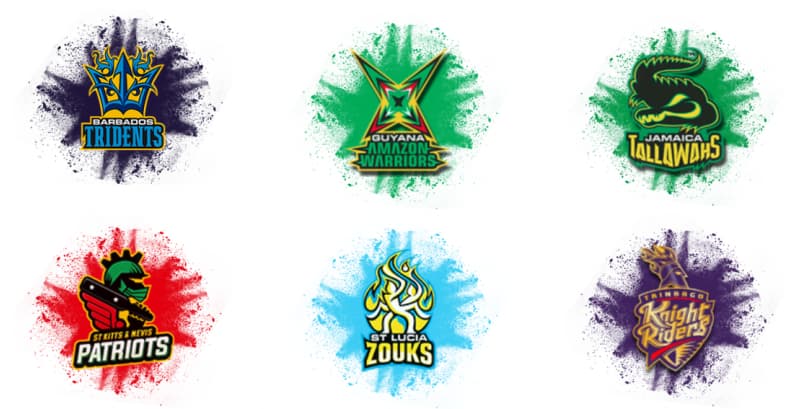 Caribbean Premier League is a Cricket T20 series played in the Caribbean. It was founded in the year 2013 by Cricket West Indies. This year will be its 9th season. The current champions of the regional League are Trinbago Knight Riders. They are the most successful team by winning the CPL trophy 4 times. Check CPL 2021 Squads: Full Caribbean Premier League Players List.

CPL 2021 will begin on August 28 with the final to be played on September 19. A total of 33 matches will be played at Warner Park in St Kitts. The entire series will be held in two stages, the Group stage and the Knockout stage. Six teams will be playing against each other for a maximum of 10 matches overall. So check out the Full CPL player list for 2021.

A total of six teams participate in the annual T20s CPL. Here is the entire squad list that will be seen in the upcoming season of CPL 2021.

Captain of Trinbago Knight Riders is Kieron Pollard. Pollard is an aggressive all-rounder and a medium pace bowler. He is also the captain of T20 International and ODIs for the West Indies.

Captain of the Saint Lucia Kings is Francois du Plessis. He is a South African cricketer who is a right-handed batsman and a part-time leg-spin bowler. He also plays for the Indian Premier League (IPL) Chennai Super Kings.

Captain for St. Kitts and Nevis Patriots is Rayad Ryan Emrit. He is a West Indies cricketer who is a right-handed batsman. He has captained Tobago and Trinidad sides as well as Guyana Amazon Warriors in CPL 2017.

Captain of the team Jamaica Tallawahs is Rovman Powell. He is also referred to as Knight because of his all-around skills. He is a right-handed batsman and a right-arm fast bowler. In 2018, he captained for West Indies for the first time in ODI against Bangladesh.

The captain of the team Guyana Amazon Warriors is Nicholas Pooran. He is a left-handed batsman who is also an excellent wicketkeeper. He started off his cricketing debut at the age of 16 playings in the Under-19 team. His first international cricket as a WI player was in 2016.

Captain of Barbados Royals is Jason Omar Holder. In 2019, Cricket West Indies awarded him as the Test player of the year. He is an all-rounder, Right-handed, and a right-arm fast bowler. Holder also plays at IPL for Sunrisers Hyderabad. He had his first ODI debut in 2013 against Pakistan.