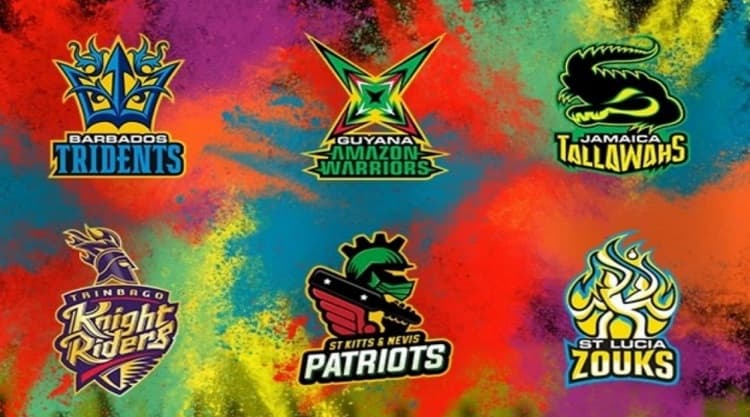 Caribbean Premier League is a T-20 domestic Cricket tournament held in the Caribbean. It started in the year 2013. This year marks the Ninth Edition of the series. All 33 matches will be played at Warner Park in ST Kitts, West Indies. The CPL 2021 is scheduled to begin from 28th August to 19th September. Check CPL 2021 Team Squad, Full list of players Caribbean Premier League.

There are six teams in total to play the CPL 2021. The teams are Jamaica Tallawahs, St Lucia Zouks, Trinbago Knight Riders, St Kitts and Nevis Patriots, Barbados Tridents & Guyana Amazon Warriors. A total of 101 players has been picked up for the tournament. Foreign players including Mohammad Amir, Faf du Plessis, Chris Morris, Shakib Al Hasan will be participating.

What is the Format Caribbean Premier League

The CPL T20 tournament is played between six teams and is divided into a group stage and a knockout stage. In the group stage, the teams each play ten matches overall, three of which are at home. Six stadiums are used each a home field for one of the teams. The playoff stage includes two semi-finals and a final to determine the winner of the tournament. All three of the elimination playoff games will be played at Queen’s Park Oval and Brian Lara Stadium.

In the entire season of the Caribbean Premier League, only one of its teams has won four-time and two teams have won the competition twice. The first season was won by Jamaica Tallawahs. However, Trinbago Knight Riders are the defending champions of the league winning the title four times. In the last season, they defeated the St Lucia Zouks in the finals thereby, securing the back-to-back wins. Check here below is CPL 2021 Team Squad.

Here is the full schedule of the League 2021. The semi-finals and finals is yet to be determined, depending on who wins the qualifying rounds.