CPL Winners List Of All Time, Popular Teams Of The Tournament 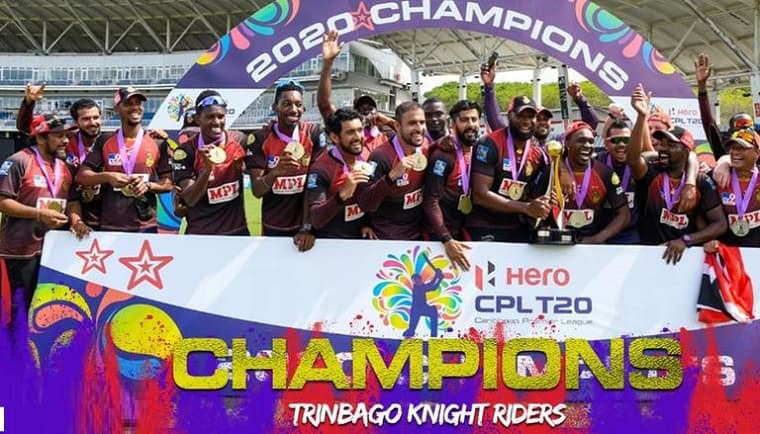 Caribbean Premier League is a T20 cricket series that takes place every year in the Caribbean. There are a total of six franchises that participate each year to win the title. The first season for CPL was introduced in the year 2013, since then it has been a successful event held in the Caribbean. Check CPL Winners List Of All Time, Popular Teams Of The Tournament.

This annual cricket league takes place every year in the month of July-August between six teams. There are four different CPL T20 winners so far who have won the championship title. Trinbago Knight Riders are the most successful team, winning the title four times followed by Jamaica Tallawahs, to win the CPL cup twice.

The first inaugural season of the Premier League in the Caribbean was won by Jamaica Tallawahs. With 7 wickets won against Guyana Amazon warriors. The score of the winner is 129/3 (17.3 overs). The player of the series is Krishmar Santokie from the Guyana Amazon Warriors.

The winner for the season is the Jamaica Tallawahs where scores are 95/1 within the 12.5 overs. The runners-up for the league are the Guyana Amazon Warriors with 93 runs in 20 overs. Tallawahs won the season by 9 wickets. The player of the series was awarded to the famous player of Jamaica, Andre Russell.

The winner for the season is the Trinbago Knight Riders where scores are 136/7 in 19 overs. Knight Riders won the league by 3 wickets. he player of the series was awarded to the famous players of Guyana Amazon Warriors, Chadwick Walton

Barbados Tridents are the winners for the season where they won by 27 runs. Guyana Amazon Warriors are the runners-up for the league where the scores were 144/9 with the 20 overs. The players of the series were awarded to Hayden Walsh Jr.

The winner for the series is the Trinbago Knight Riders where they won the series by 8 wickets. The runners-up for the season are the St Lucia Zouks where their scores are 154 with 19.1 overs. The player of the series was awardd to Kieron Pollard of Trinbago.

Trinbago Knight Riders are the most successful team in the Caribbean Premier League with three wins, and they are also the defending champion beating Guyana Amazon Warriors in the 2018 final. Winning the title four times, 2015, 2017,2018, and 2020, it has proved to be the strongest team in the entire CPL tournament.

About Caribbean Premier League and its Franchise

As we know CPL has had 8 successful years in the cricketing world. This year marks the ninth season of the Premier League. It is scheduled to commence from 26th August 2021 and will wrap by 19th september. The fans are anticipating a thrilling series after a year’s break.