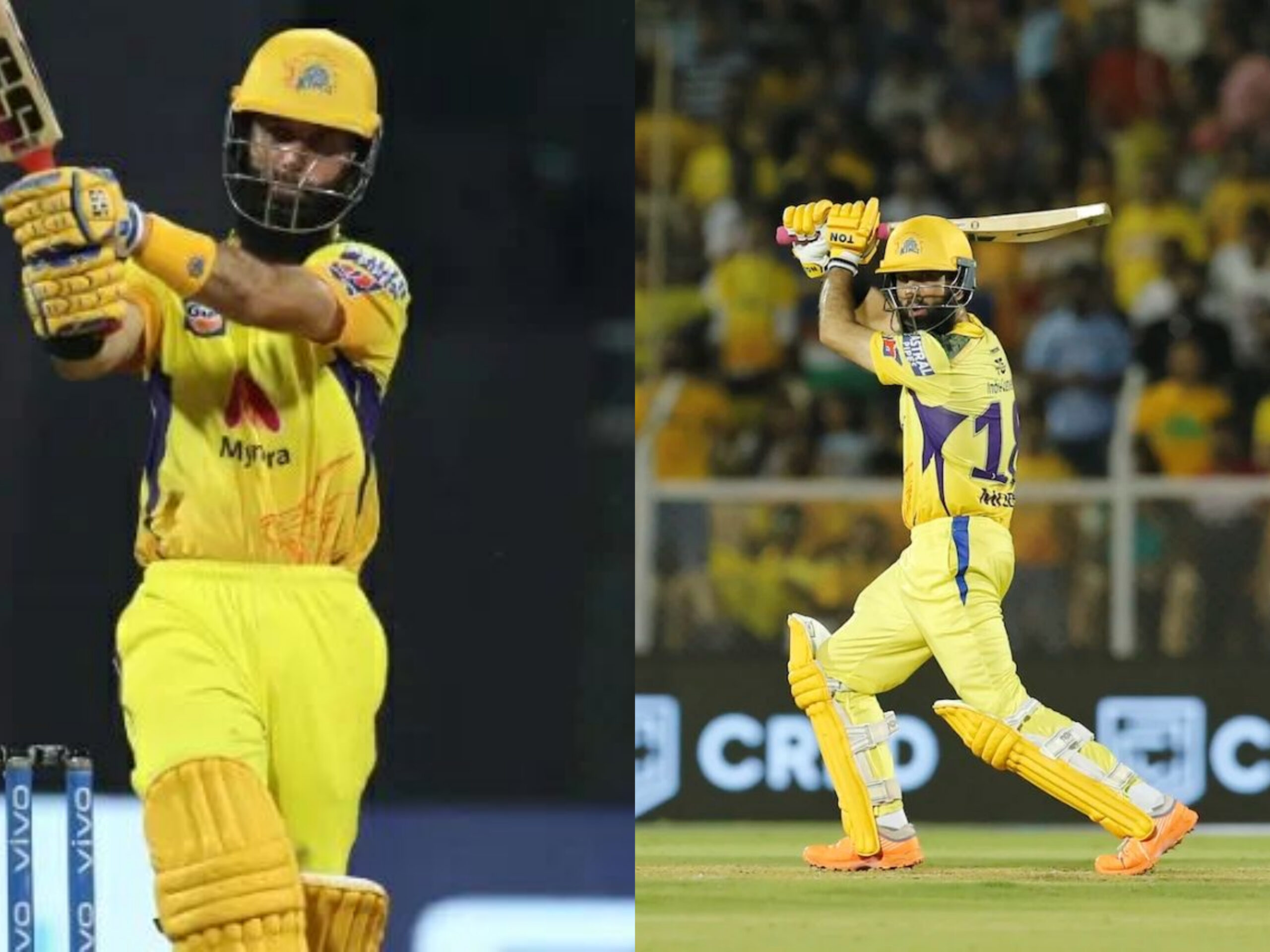 Moeen Ali got the Chennai Super Kings off to a blinding start in their fiture against Rajasthan Royals on Friday, their last of the season. He scored the second-fastest fifty of the season off 19 balls, and set CSK on course to a total of 150. His innings of 97(53) inlcuding thirteen fours and three sixes at a strikerate of 163.

CSK lost Ruturaj Gaikwad in the opening to Trent Boult, the third time in three seasons he has succumbed to the Kiwi quick. Moeen arrived to the crease at a familiar 2-1, and after one watchful over, massacred Prasidh Krishna in the fourth over. He dealt an 18-run blow with three fours and a six. Ashwin was meted out similar treatment immediately, and the nation’s premier spinner was smacked for 16 runs.

BUt possibly no one suffered as much as Boult at the last over of the powerplay. He conceded 26 runs as Moeen smashes a six followed by five fours struck all around the ground. In the process he raised his 50 off just 19 balls, the only quicker being Pat Cummins’ record-equaling 50(14) against Mumbai Indians in April.

CSK had raced to 75 in the powerplay. Moeen and Devon Conway pieced together an unbelievable 86-run partnership off 39 balls, before they lost three wickets in the space of nine runs. They slowed down considerably after that, adding only 55 runs. Moeen was dismissed trying to go big against Obed McCoy in the 20th over, getting a bottom edge that traveled as far as Riyan Parag at long-off.

Moeen was retained by CSK ahead of the mega-auction for 8 crores. Before today, he had scored 151 from 9 innings averaging just over 15 though his strikerate has always been an attractive 144.

CSK have had a tough season, involving a failed leadership change and their second qualification knockout in three years. They have lost their top players to injury, and never really recovered after losing four straight matches at the start for the first time in their history.

Some of the spectators are on the field today. Watching Moeen bat!!

Dear Moeen Ali.. He is Trent Boult not any uncapped player.. have some respect. Unbelievable hitting by the southpaw. #CSKvsRR #TATAIPL pic.twitter.com/jXdklOjZgj

Considering they were 3-1 after 2 overs, I think that’s the craziest destruction I’ve seen all season. 72(SEVENTY TWO) off the last 4 overs of the powerplay. Moeen madnesss

Moeen brother, where were you brother? Who hurt you? Who told you what? Tell us. We missed you.

‘See you guys at Chepauk next year’ – MS Dhoni will captain CSK in 2023, Twitter reacts
‘Time to add Yashasvi Jaiswal to the list of generational talent’ – Twitter applauds youngster’s fifty