Crystal Palace Vs Watford, Betting Predictions; Where To Watch? 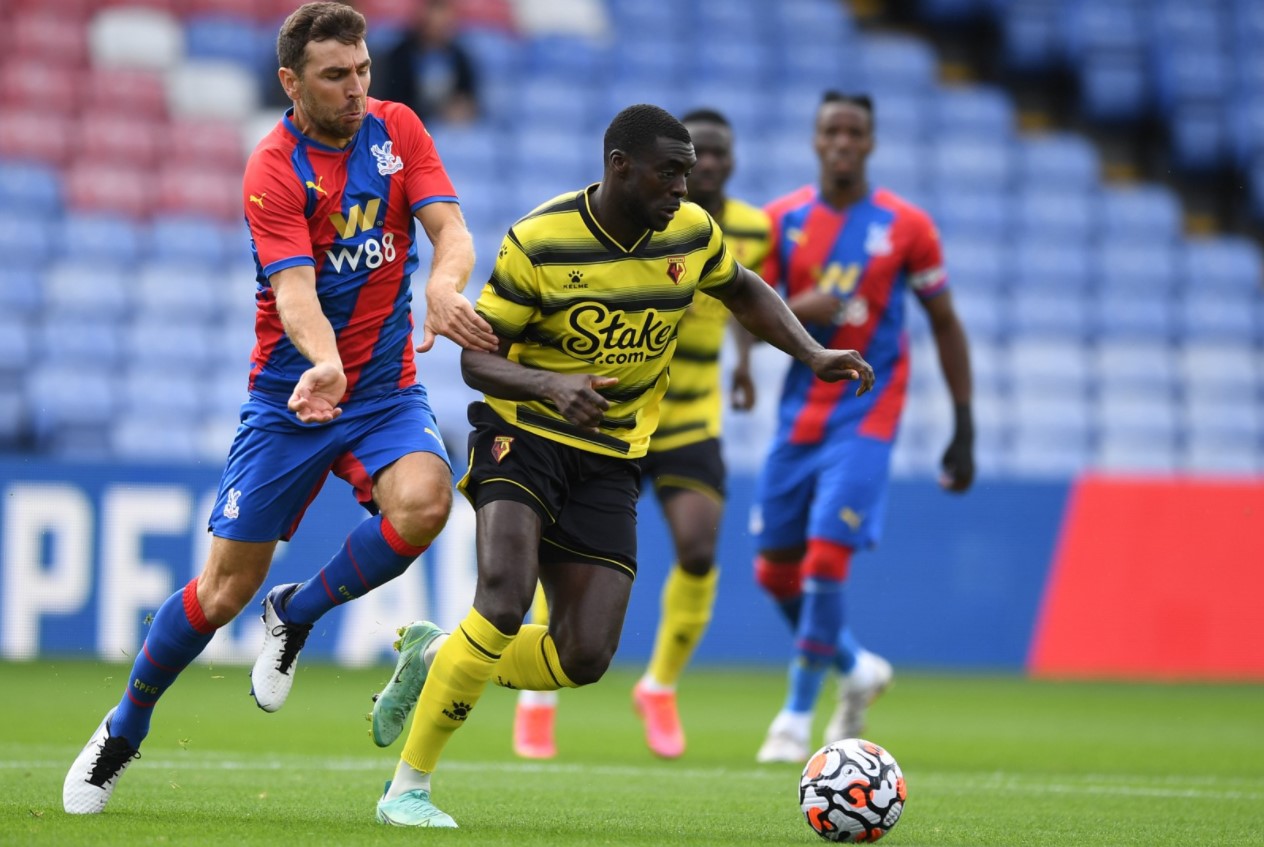 Crystal Palace vs Watford: Where to watch?

Zaha scored twice in the reverse encounter and his winner last weekend means that he has now scored 12 goals in the Premier League this season, which is his best season in the competition. Christian Benteke, Odsonne Edouard, and Cheikhou Kouyate are among the players vying for a place in the starting lineup, although Vieira is unlikely to experiment too much with what has proven to be a successful formula thus far.

Luka Milivojevic could be ready after a minor injury, but he is unlikely to start, while Nathan Ferguson is still out with a hamstring strain.

Both Tom Cleverley and Craig Cathcart will be evaluated by Watford ahead of the encounter, as both players have returned to training after missing the team’s loss to Burnley the last time out. Cucho Hernandez, Nicolas Nkoulou, Kwadwo Baah, and Francisco Sierralta are all anticipated to miss Saturday’s game.

With relegation all but secured, Hodgson may attempt to build the groundwork for next season in the remaining games, which might lead to more outings from youth and periphery players in the coming weeks.

Watford is currently on the verge of getting relegated. They may see some improvement in the final weeks of the season. As a result of Hodgson’s departure, there is a risk that the Hornets may abandon their current campaign and turn their attention to life in the Championship. The Eagles, on the other hand, are still pursuing their season-long objectives, and we expect them to secure a very easy victory over the weekend.