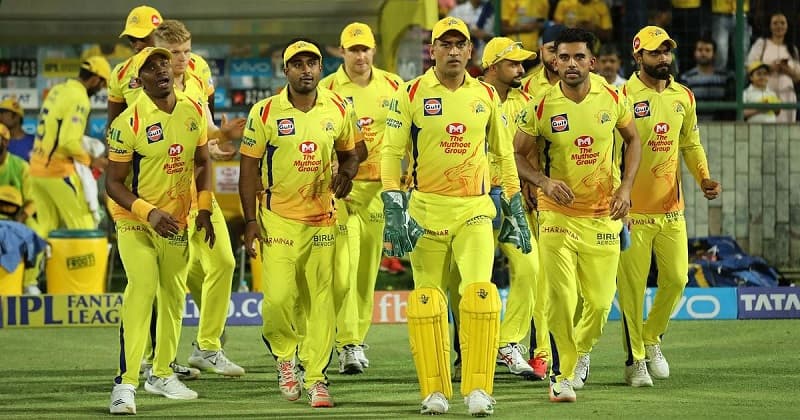 Chennai Super Kings is one of the most successful teams in the history of the Indian Premier League. The team is based in the city, Chennai, Tamil Nadu. Check CSK Players Salary 2021, Highest-Paid Players.

The team has the most fans and followers amongst other IPL teams. CSK has won the IPL title 3 times. Chennai Super Kings is also known as Yellow Army. The team is ed by M.S. Dhoni.

The team is owned by India cement and Chennai Super Kings Cricket Ltd. The brand value of the Super Kings in 2019 is estimated to be around ₹732 crores. The team has the highest winning rate of 59.83% amongst the other franchises of IPL. So check out the Salary Of Chennai Super Kings Players In 2021, Who Are The Highest-Paid Players In The CSK Team.

Chennai Super Kings consists of the best players in the entire IPL player’s Squad. The players have a lot of experience on the field and provide their best skills to the team. Players like Suresh Raina, M.S. Dhoni, Robin Uthappa are Indian batsmen. Whereas, Dwayne Bravo, Faf du Plessis is an international player.

Check out the entire list of players along with their roles and salary in IPL for the year 2021.

Who are The Highest-Paid Players In The CSK Team?

Wondering who is the highest player in the CSK team, M.S.Dhoni is the highest amongst all. The captain of the team who is popularly known as Captain Cool is the most valuable cricketer. Millions of aspiring youngsters look up to him. He receives a total of 15 Crores of Rupees in IPL alone. His simplicity and way of dealing with tough situations have made him a skilled professional.

The second-highest-paid cricketer in CSK is Suresh Raina. Raina is a left-handed aggressive batsman. He is the type of batsman every team wants to have. His batting history speaks for himself. Raina earns a total of Rs. 11 crores in IPL.

CSK served a two-year suspension from the IPL starting July 2015 due to the involvement of its owners in the 2013 IPL betting case and won the title in its comeback season of 2018. The team is coached by Stephen Fleming. The team plays its home matches at the M. A. Chidambaram Stadium in Chennai.