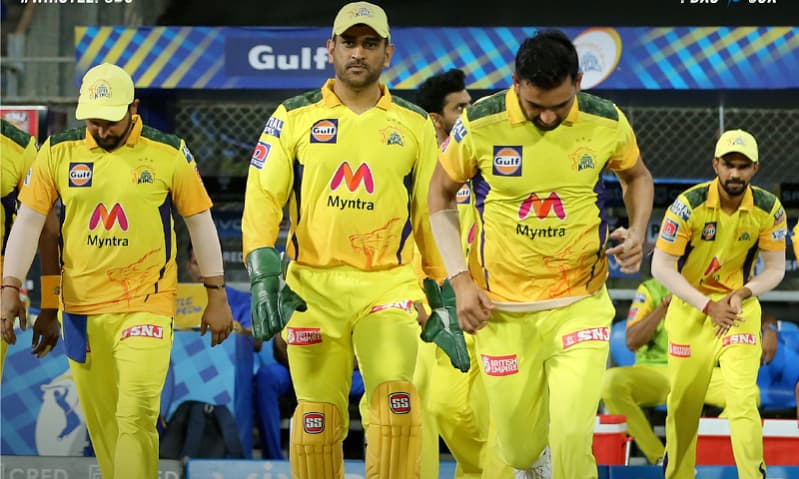 Chennai Super Kings is one of the franchises of the Indian Premier League. It is led by the famous and former captain of the Indian Cricket team, M.S. Dhoni. Check CSK Team 2021 Players List, Owner, Captain, Stadium, Fixtures.

Chennai Super Kings is also referred to as the Yellow army because of its jersey color and codes. IPL fans had been eagerly waiting for its comeback. Also, CSK has made some quick fixes in their team squad.

CSK is the second most successful franchise amongst the other IPL teams. The team has The yellow brigade ranked second on the points tally when the first phase of the tournament. The CSK fans are ready to get their minds blown away with the performance the team gearing up for. So check the Chennai Super Kings 2021 Squad, Complete Players List, Owner, Captain, Stadium, And Fixtures.

Gaikwad and Faf du Plessis have done for MS Dhoni’s side like last season, while Ravindra Jadeja and Ambati Rayudu have chipped in with cameos in the middle. Josh Hazlewood confirmed his availability for the UAE leg after he had earlier pulled out from the matches in India.

Here is the entire list of players that will be participating in the 2nd phase of the League. Check it out now,

Who is the Owner and Captain of the team Chennai Super Kings?

The team is owned by Chennai Super Kings Cricket Ltd and India Cements Ltd as the major stakeholder of the team. The team is led under the captaincy of MS Dhoni. He is considered the most successful cricketer and lives as an inspiration in the heart of many.

The team is coached by Stephen Fleming.

What is the Fixture of Chennai Super Kings 2021? and Stadium Details: IPL Phase 2

The CSK squad performs all its home matches at M. A. Chidambaram Stadium, Chennai. the Stadium has a capacity of 50,000.

The Franchise has won 3 league titles, thus making them one of the successful team amongst other. The team commences its 1st match against the defending champions, MI on Sunday, 19th September. All matches will be started off as per IST. This is the entire schedule of the team in the upcoming league of IPL 2021. Check this out now,

With such players in the team, it is going to be a thrilling season for the fans to watch. CSK has decided to put on their best forms and sweep the trophy this year.