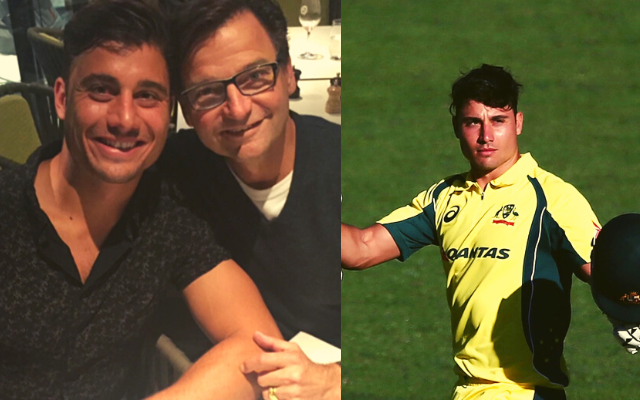 Marcus Stoinis, an all-rounder for Australia, is widely considered to be one of the most influential players in the game. Over the course of his career, he has contributed to the victory of several matches for each of the teams he has played for. The right-handed batsman was recently asked to reflect on one of his most significant runs, which occurred while they were playing New Zealand.

During a One-Day International (ODI) encounter between the two nations that are neighbors, Stoinis had rescued his side with a magnificent knock of 146*, which brought his team’s score up from 67/6 to 280/10. Stoinis was recognized as the Player of the Match for his outstanding innings, even though Australia ended up losing the match by a score difference of six runs. However, the all-rounder himself said that he does not think about the knock very much. The only pleasant memory he has associated with it is the fact that his father saw him play during that match.

“To tell you the truth, I don’t give it much thought. One of the memories I have of it is pleasant. Obviously from playing, but also around three years ago, I had a letter sent to me from a woman who was through cancer treatment at the same time as my dad,” Stoinis said in an interview with Cricbuzz.

“Dad was receiving chemotherapy at that time. He had the TVs turned on to watch the game. In the letter, she sort of said to me that she remembers watching it, and there was a guy there who was my dad that was getting all the TVs changed to the cricket channel. She remembers watching him and his reactions and not really understanding why it meant so much to him. She speculated that maybe he was simply an avid follower of cricket. And I recall having a conversation with him after the game,” he said.

In one-day internationals, the right-handed batsman Stoinis has appeared in a total of 48 games, during which he has amassed 1,200 runs at a respectable average of 31.57. When discussing these statistics, we can say that Stoinis has a good average. In addition, he has stroked a total of six fifties and one hundred, with 146* being his best score.