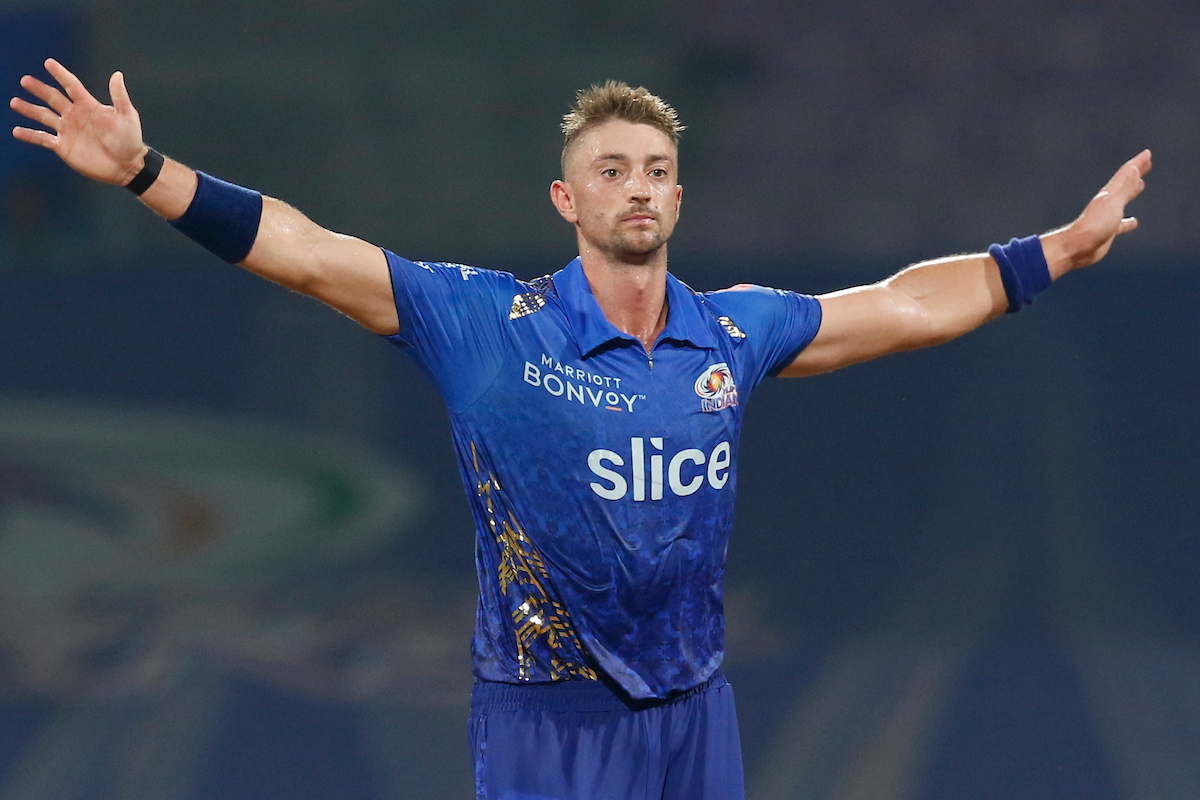 Daniel Sams had a day to remember against Chennai Super Kings. He returned for the Mumbai Indians after a three-match gap and picked up four wickets for 30 runs during CSK’s chase of 156. Sams’ spell set CSK heavily on the back foot, and was a comeback for the ages after his last game, where he was hit for 35 runs in one over by Pat Cummins.

Ruturaj Gaikwad was the first victim, dismissed off the first ball of CSK’s innings. His form this tournament has been woeful, and coming off a half-century from the previous game against GT, he went for a first ball duck. Sams sent down a full wide delivery, and Ruturaj middled it but could control neither the elevation nor the placement. Tilak Varma snapped up the catch at cover.

Mitchell Santner was send in at three as a like-for-like replacement for Moeen Ali, but lasted only nine balls. Cramped by Sam’s slower bouncer in the third over, he top-edged a pull to mid-on that landed in Jaydev Unadkat’s waiting hands. Ambati Rayudu and Robin Uthappa regrouped after that, putting on a 50-run partnership off 39 balls.

Unadkat broke that partnership, sending Uthappa back for 30 off 25 balls, but CSK’s form batter Shivam Dube was still at the crease. Sams returned to finish his spell in the 13th over, and that spelled the end for Dube. He bowled a perfect back-of-the-length that reared up outside the batter’s off stump, and Dube couldn’t resist a poke. A thick edge flew into the gloves of the diving keeper Ishan Kishan.

Sams returned an over later to finish his spell. Ambati Rayudu was the set batsman, batting on 40 off 38, and Sam’s luck was such that Rayudu mistimed a thigh-high full toss and sent it straight into the hands of Kieron Pollard at the boundary rope.

This is a dream comeback spell from Daniel Sams. #DanielSams #MIvCSK #IPL2022

#DanielSams please accept this apology from all @mipaltan fans. The apology should be as huge as the disrespect. Thank you. Hope you play like this every match and take minimum 3 wickets. Wonderful redemption! #MIvCSK #IPL2022

Daniel Sams doing well. Happy to see that. Man took a lot of heat in the first few games