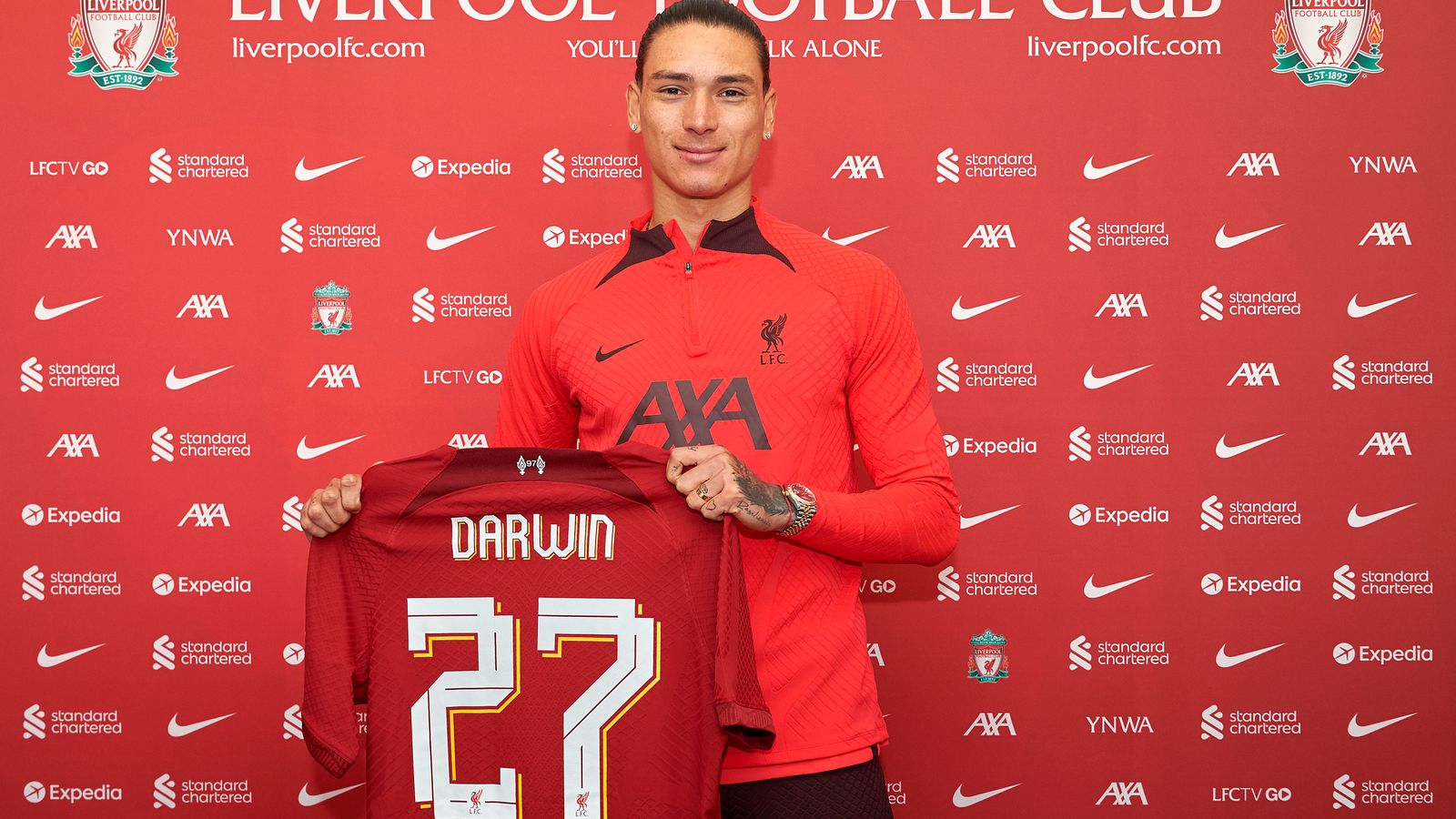 Darwin Nunez is a Uruguayan forward who joined Liverpool in 2022 for a reported €75 million + €25 million in add-ons from Portuguese club Benfica as a 22-year-old. The forward has just had a breakout season for Benfica in 2021-22, scoring 26 goals in 28 league games, plus six more in 10 Champions League. He played a huge part in making sure Benfica finish second place in the league, and was immediately under the scanner of top clubs like Liverpool and Manchester United, before he picked the former.

What is Darwin Nunez salary?

According to reports in the Portuguese media,  Darwin Nunenz will earn €212,807 per week before tax. For a season, that would equate to nearly €11m a year before tax. His contract will go on till 2028, which means a six-year deal at Liverpool. Should the add-ons be hit, he will also become Liverpool’s most expensive player in history, going past the €88 million fee they had paid for Virgil Van Dijk.

Nunez’ salary will put him ahead of some prominent players already on the roster like Diogo Jota and Joel Matip. He will also be earning about as much as Sadio Mane, who was on the way out of the club after many successful years with the Reds.

Also read: What is Rodrygo’s salary?

What is Darwin Nunez’s shirt number?

Darwin Nunez will wear the number 27 for Liverpool, the club announced during his signing. He will be taking this shirt number from Divock Origi, who is on the way out of the club.

Where is Darwin Nunez from?

Darwin Nunez is of Uruguyana nationality and hails from Artigas, which is the capital of Artigas Department of Uruguay. Like famous Uruguayan footballers Luis Suarez and Edinson Cavani, Darwin Nunez is known for combining flair and technique, but also has a toughness and resilience to his game that makes him more than just a luxury player – much like the two names mentioned before, he is very capable as a creator as well.

What is Darwin Nunez’s age?

Which clubs has Darwin Nunez played for?

Before joining Liverpool, Darwin Nunez played for Portugues club Benfica, making his debut in 2020, the year in which he had joined the club. Prior to to joining Benfica, Nunez played for Spanish club Almeria, for whom he scored 16 goals from 30 appearances in his one year with them. Prior to that, he played for Uruguayan club Penarol between 2017 and 2019.

Who is Darwin Nunez? Salary per week and all you need to know
By SR Staff

Top 10 golfers of all time
By SR Staff

IPL media rights: all you need to know
By Deeksha Ramdev

India Women at the Commenwealth Games 2022: Where to watch, squad, schedule
By Deeksha Ramdev
Not a fan of long reading? Watch these stories!

NBA Prize Money 2022: How Much Do NBA Winners Get? Who is the highest paid player in 2022?
‘New problems for FC Barcelona’ – Barcelona faces another major obstacle in Robert Lewandowski pursuit