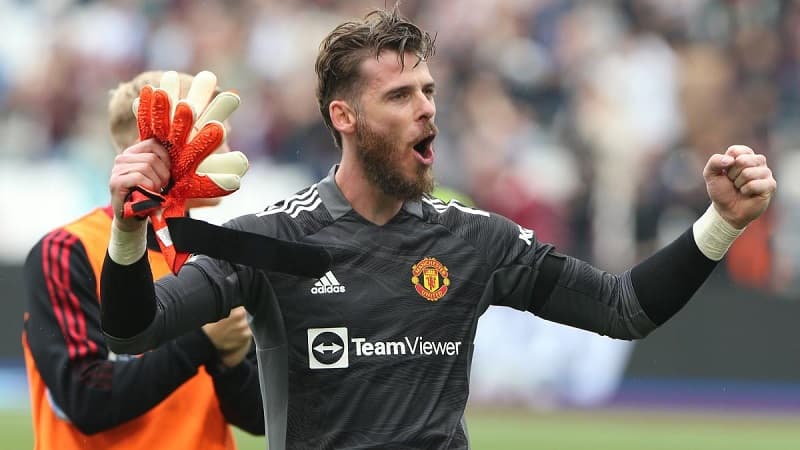 David de Gea Quintana is a Spanish Professional Football Player who was born on 7 November 1990 in Madrid, Spain. David plays as a Goal Keeper for Manchester United and Spain National Team. Check David De Gea Net Worth 2021-22, Contract, Salary, Personal Profile, All You Need To Know.

De Gea is considered as one of the best Goal Keepers in the world throughout the latter half of the 2010s. De Gea started his career at Atletico Madrid, he made his senior Debut at the age of 18 in the year 2009. In 2010, he helped the team in winning UEFA Europa League and EUFA Super Copa. De Gea was the captain for the Spain under-21 national team that won the European Championship in 2011 and 2013.

On 15 May 2012, De Gea was called up for the Spanish senior team for two matches against Serbia and PR China. Many tipped De Gea to succeed Casillas as the long-term number one goalkeeper, including Casillas himself.

Since joining Manchester United, De Gea has made over 400 appearances and won a Premier League title, an FA Cup, a League Cup, three Community Shields and the UEFA Europa League.

De Gea has a net worth of $75 million. He was the highest Paid Goal Keeper in 2020. Apart from football, De Gea earns money from Endorsing various Brands. He earns $3-5 million from various Brand Endorsements.

De Gea is married to Spanish singer Edurne. The couple welcomed their Daughter on 4 March 2021 and named her Yanay. De Gea is a big Fan of Heavy Metal Music and Avenged Sevenfold is one of his favorite bands.