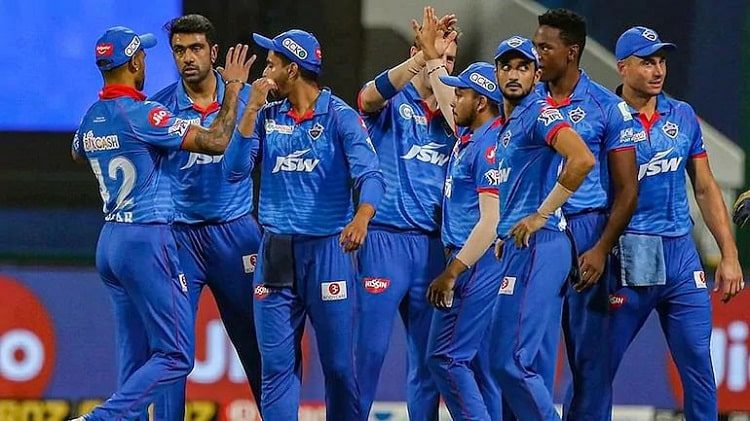 Delhi Capitals are a franchise in The Indian Premier League based out of Indian Capital Delhi. The team was founded in 2008 and was formerly know as Delhi Daredevils. Check DC Team 2021 Players List, Owner, Captain, Stadium, Fixtures.

They changed the name later as holder thought that the new name symbolizes Delhi’s identity. In 2020, Delhi managed to play their first final in their franchise history. The team’s home ground is Arun Jaitley Stadium, located in New Delhi.

The Franchises go through many changes every year to build their team better so they prove to be tough competition. Let’s have a look at the current team of the DC :

Who is the Owner of The DC ?

Who is the Captain of The Delhi Capitals ?

Rishabh Pant was promoted as skipper of The Delhi Capitals on 30 March, 2021. This happened after Shreyas Iyer injured his dislocated his shoulder while fielding against England and he was ruled out of the Indian Premier League 2021.

Which is the Stadium of DC ?

Delhi Capitals plays their home matches in the Arun Jaitley Stadium. The stadium was Established in 1883 as the Feroz Shah Kotla Stadium. It is the second oldest cricket stadium in India which is still functioning after Eden Gardens. The stadium has a seating capacity of 41,820 people. Indian team has been undefeated in this ground as of 2016.

Lets have a look at the fixtures of the capital’s in the second phase of the Indian Premier League.

DC were on the top of the table.

Winning 6 out of their 8 matches, they are considered as a worthy contender for their first trophy.

Shreyas Iyer will now be participating in the league and this gives them additional batting benefit.

Let’s hope Delhi continues with their form and win their first trophy and play brilliantly.