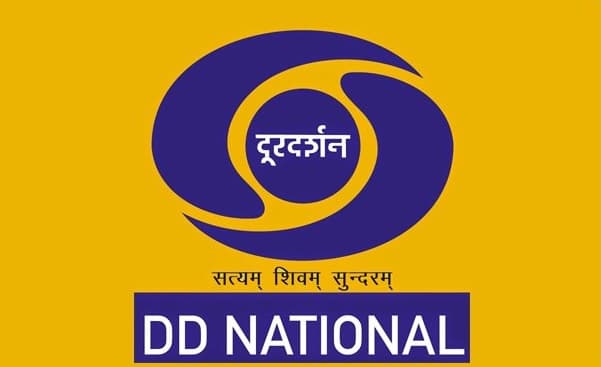 DD National is India’s most popular and free channel. It is widely used by the rural population in India. People who wish to watch entertainment sports on a reliable and domestic network use DD national. It was the first-ever channel to provide round-the-clock telecasting of shows within the nation.

Check out the entire list for viewing DD nation on your cable or DTH connection.

DD Nation broadcasts various shows throughout 24 hours. Popular shows like Aaradhana and Amarnath Yatra are commonly viewed by senior citizens and amongst their favorites. You can view the schedule for more shows on websites like tvscheduleindia.com to get a detailed viewing timetable. Here is today’s viewing sheet.

DD National also is known as DD1 Doordarshan has the right to telecast all cricket matches LIVE played by the Indian team on TV in India. It is India’s most popular and free to air tv channel and provides access to every national sporting event to the maximum number of listeners and viewers for free. Users can also get DD free Dish which provides TV Channels Free of Cost.

Prasar Bharat also has a Free YouTube channel for people without a cable or DTH connection. Viewers can stream live scores and results of matches on their mobile phones, laptops, and computers.

Effect of Pandemic on DD National

Doordarshan decided to re-telecast its blockbuster drama programming from the 1980s and 1990s. DD National telecasted repeats of Ramanand Sagar’s Ramayana, Uttar Ramayana, Shri Krishna, Mahabharat, Byomkesh Bakshi, and Chanakya. This move turned out to be a Magic Lamp for the Doordarshan network, as the rerun broadcasts for these serials broke all TRP records. The first episode of Ramayana gained the highest TRP since 2015 for all Hindi TV Channels of All categories.

Usually, all One Day and Twenty20 international cricket matches involving or hosted by India are shown live on DD National. The ICC Champions Trophy was also broadcast by DD National. Since then, Prasar Bharati decided to telecast Cricket Matches only on DD Sports Channel. All matches were telecasted on the DD Sports channel. But only, on DD Freedish, DTT mode.

Board of Directors DD National

Like every other company consists of a group of leaders for the execution and smooth functioning. DD nation also consists of directors,