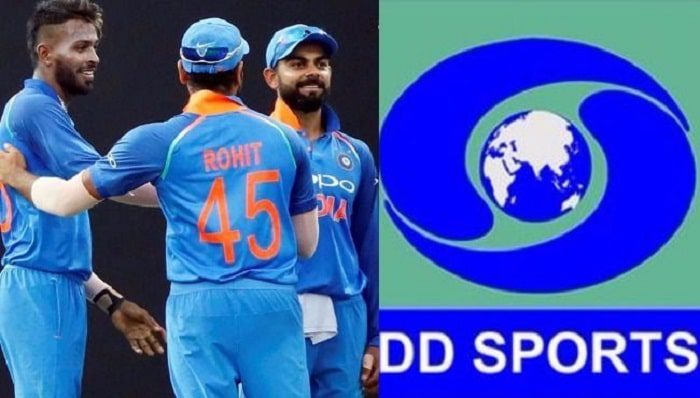 The stage is set for the biggest and the most intense encounter in the Cricketing Universe. India will be facing Pakistan for the 16th match of the 2021 ICC T20 World Cup. DD Sports to Telecast Free India vs Pakistan. The match will be played on Sunday 24 October 2021 at 7:30 PM in Dubai International Stadium. Check

India vs Pakistan is the most Fierce cricket match in the cricketing world. The match is filled with excitement, one cannot imagine. Let’s have a look at Playing Squads, Head to Head, Winning Prediction, and everything you need to know about the match.

India vs Pakistan Live Telecast on DD Sports and Other Channels

DD Sports will be live Telecasting the match between India and Pakistan for free. You don’t need any subscription and can watch the live match there. DD Sports will be available on these Channel numbers at these channel operators.

India vs Pakistan Head to Head and Winning Prediction

The India–Pakistan cricket rivalry is one of the most intense sports rivalries in the world. Both the teams have faced each other 8 Times in T20 and India has Dominated the game with 6 wins and Pakistan Just 1 and one games was no results.

India has never lost an ICC World Cup match to Pakistan and will look forward to continuing the winning streak whereas Pakistan will be in Desperate need to win the match to break the streak.

Indian and Pakistani were the two finalists of the First Edition of the T00 World Cup and India was able to win the match to claim the title.

Prediction- India will win the match.

Some Statistics About India vs Pakistan

Lowest team total in T20Is: India bowled Pakistan out for 83 in the fourth T20I at Dhaka during the Asia Cup in 2016.

Highest individual score in T20Is: India batsman Virat Kohli scored 78 against Pakistan during the 20th match of the 2012 T20I World Cup at Colombo.

Best bowling figures in T20Is: Pakistan’s Mohammad Asif picked up 4/18 against India in the 10th match of the 2007 T20 World Cup at Durban.