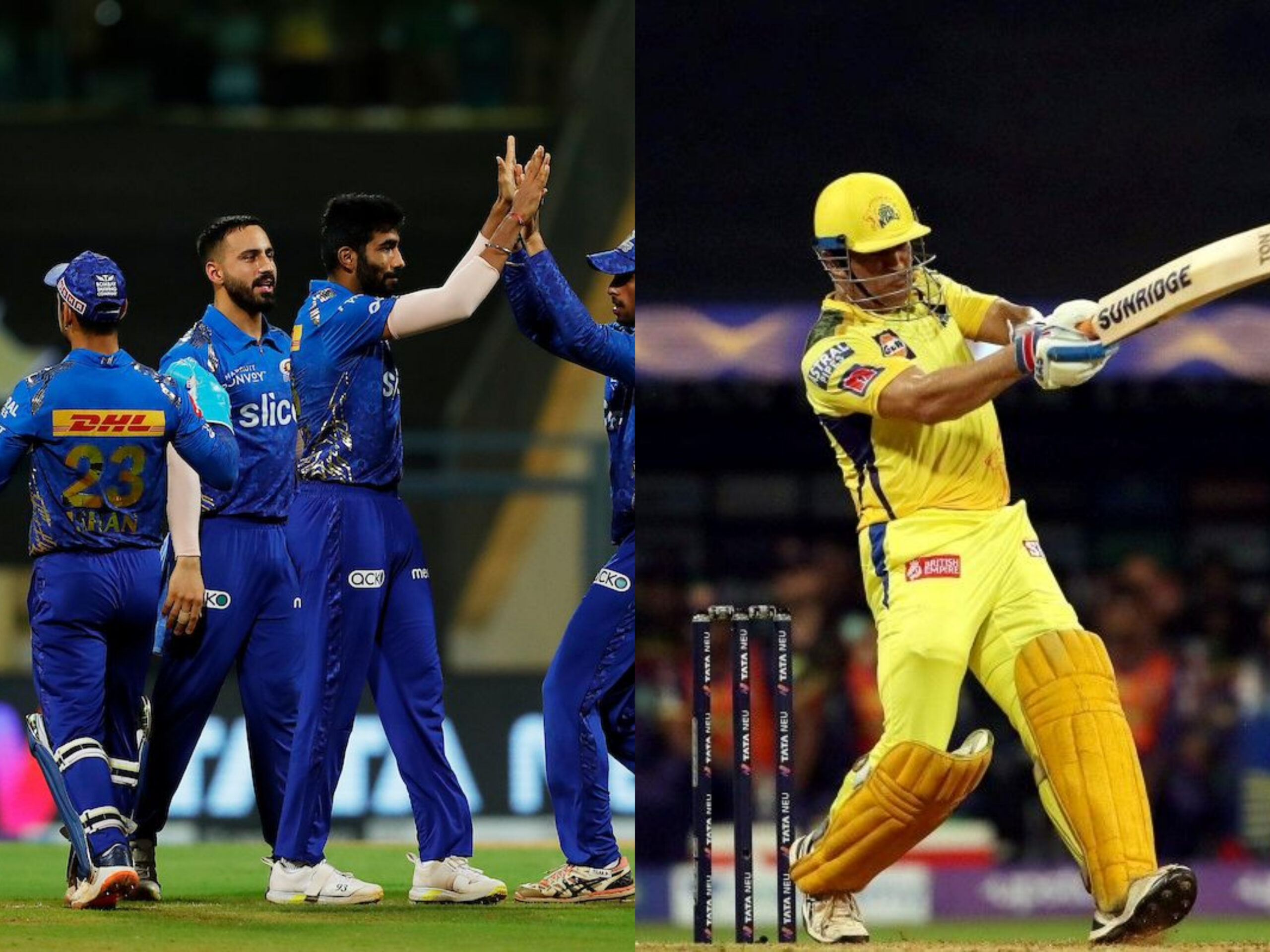 Chennai Super Kings had a difficult day out against Mumbai Indians in their match at Wankhede Stadium on Thursday. A batting collapse ensured CSK were bowled out for 97, their lowest score of the season, and their second lowest total ever in their IPL history. Their cause was not helped by the a power outage at the stadium, which meant that the DRS wasn’t available for the first four overs of the match.

After Devon Conway and Moeen Ali fell for ducks in the first over, CSK never really recovered. The early inroads were made by Daniel Sams, who ripped through the opposition’s top order and ended his spell with 3-16, all three wickets falling within the powerplay. The Australian has excelled with the ball this season against the Super Kings, taking 4-30 in their last encounter as well.

Conway, coming off a hattrick of half-centuries was the first to fall, unable to survive beyond the second ball of the innings. the delivery from Sams hit him on the pads and was given out by the umpire, though the TV replays showed it looked to be going down leg. However, the review wasn’t an option so Conway had to go. The next to fall was Moeen Ali, who pulled half-heartedly at a short ball and was caught at midwicket.

Robin Uthappa, Ruturaj Gaikwad and Ambati Rayudu all fell within the next four overs, and CSK succumbed to a dismal 32-5 by the end of the powerplay. MS Dhoni played a fighting hand, scoring 36 off 33 balls with four fours and two sixes, but without any other support. This is only the second time in IPL history CSK have been bowled out for a total below 100, the first being their lowest ever IPL score of 79 against Mumbai Indians in IPL 2013.

A day to forget so far for #CSK. One debatable call but that cannot explain away a mere 97. Bumrah and Sams were outstanding today.

CSK fans made all those calculations just to see their team at 17-4 against weakest bowling lineup of this tournament 😆😆.

Dear csk at this moment we want only one thing , PLEASE CROSS 49

Dhoni making CSK cross 49 with a boundary. Bodied RCB for the n'th time.

A season with Dhoni coming good with the bat was never going to complete without a CSK collapse against MI and Dhoni handling it alone till the end.

‘Happy birthday Kieron Pollard, you can take the day off’ – MI all-rounder dropped against CSK, Twitter reacts
‘First time since 2016 we’ll have a winner other than MI and CSK’ – Twitter reacts to CSK elimination from playoffs