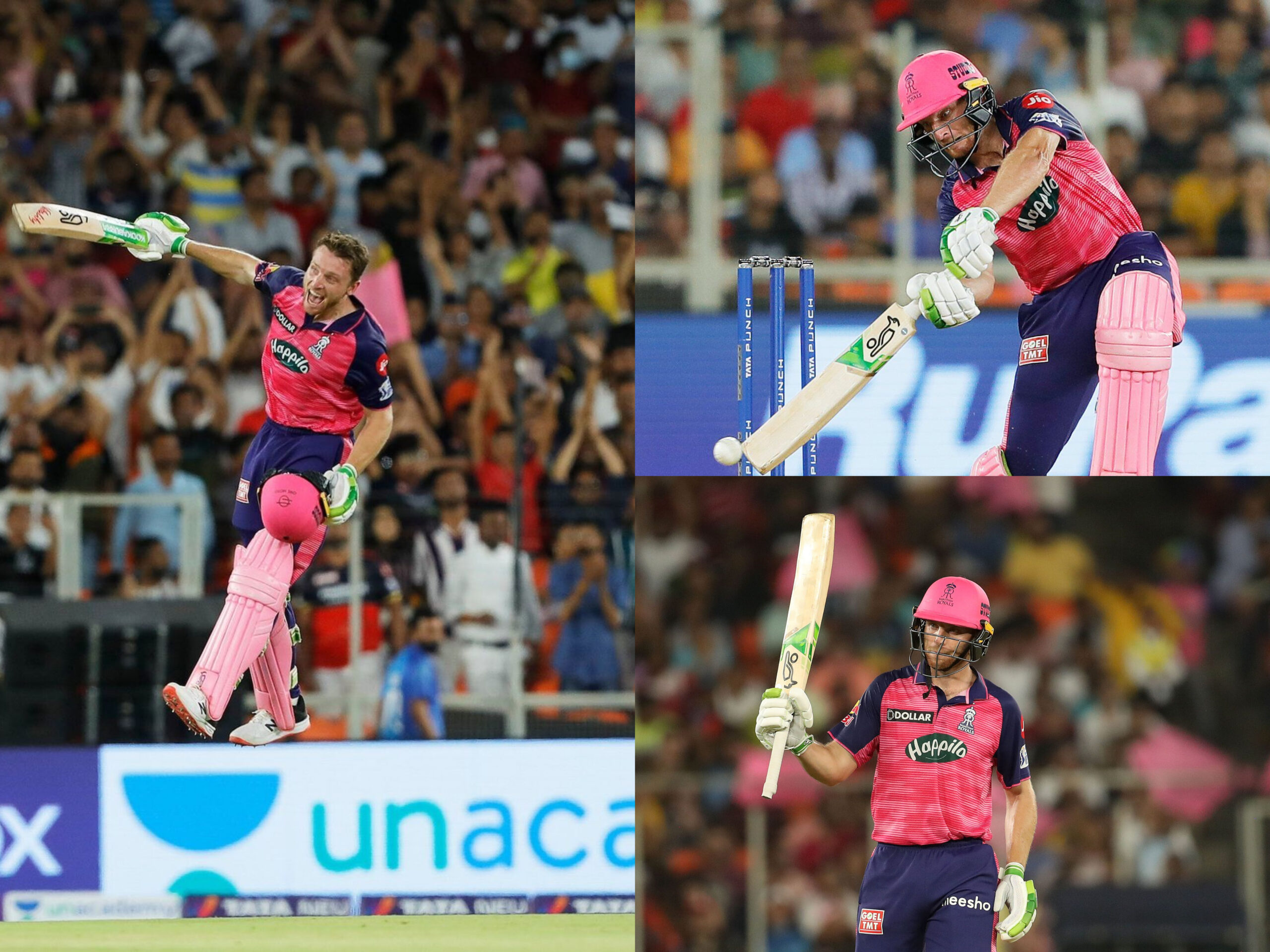 Jos Buttler proved once again why he is the boss of this year’s IPL. In Qualifier 2, where the Rajasthan Royals took on Royal Challengers Bangalore he smashed a brilliant hundred – his fourth of the season – to ensure his side an easy, 7-wicket victory with 11 balls to spare. Buttler remained undefeated on 106 off 60 balls, his knock struck at 176 and including ten fours and six sixes. RR steamrollered RCB to ease to 157, and will now play the IPL final on Sunday against Gujuarat Titans.

Unlike some of his recent innings, Buttler took little time to get going. He belted three fours and sixes each in the powerplay, tormenting Mohammed Siraj and Shahbaz Ahmed whose two combined overs bled for 34 runs. Yashasvi Jaiswal fell after a brisk 21(13), but the Royals had little to worry about they’d scored a healthy 67 in the powerplay.

Most Runs in an IPL Season

None of the other batters got going, aside from Buttler and Jaiswal quick start. Samson’s 23 came at a s.r. of 109, then Devdutt Padikkal took 12 balls to make nine runs. That mattered little, considering Buttler’s 106 accounted for two-thirds of the 157-run target. He raised his 50 off just 23 balls, achieving the landmark with a perfect drive through covers off Harshal Patel.

Buttler’s hundred came off 59 balls at the end of the eighteenth over, with just four needed for the Royals to win. After he crossed strike for his century, he smoked Harshal for a six to take the Royals to the second IPL final in their history.

Buttler is the leading contender for the Orange Cap by a mile, with 824 runs at an average of nearly 59. He has four fifties and including today, four hundreds, and struck these numerous runs at a rate of 176. Buttler now equals the record for most number of hundreds scored in a season, the previous occurence being Virat Kohli’s 2016 dominance. Crossing the legendary 973 might seem like a distant dream, but Buttler’s 824 is .

The Royals will now play the Gujarat Titans in the IPL final on May 29 at Narendra Modi Stadium in Ahmedabad, Gujarat.

The bat first, ‘calculated’ Buttler is nice, but the chasing madman, ‘everything must go’ Buttler is the best

Ominous for #GujaratTitans that #Buttler is in this form. This was an inmings so full of class.

This I think, was Buttler largely playing ‘as per merit of the ball’ kinda innings. That he got 106 off just 60 balls shows the rare class of the man!
And what little margin for error bowlers have against him. Salutations sir! 🙏🏼🙏🏼🙏🏼

Buttler just knows when to switch gears and break open the game. Last game he was clearly struggling and couldn't even connect properly even at the death. It wasn't an intent issue.

Today also, he went after the two weak links of the opposition line up and pushed them on

‘Couldn’t defend 16 in the last match, now gets the big wicket of DK cheaply’ – Twitter impressed by Prasidh Krishna spell
‘A superb day for Indian cricket, Hardik Pandya could finally get the credit he deserves – Twitter reacts to GT skipper’s 3-17 in IPL final