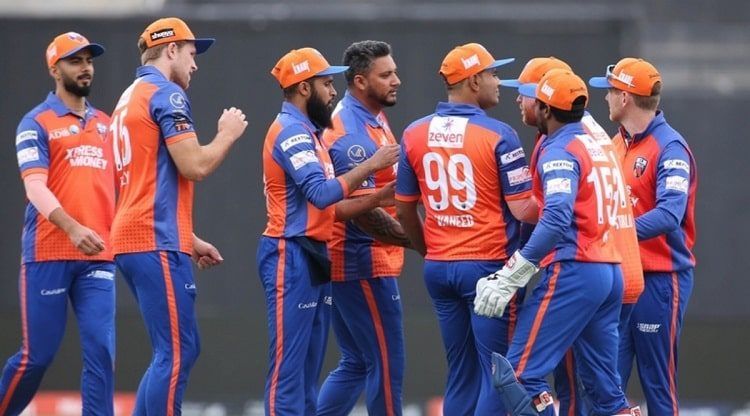 The T10 League will be in its fifth season in 2021–22. Delhi Bulls Squads. The games are played in a 10-over-a-side format and last 90 minutes. The tournament will take place at the Sheikh Zayed Cricket Stadium from November 19 through December 4, 2021. The Chennai Braves have taken the place of the Maratha Arabians, Qalandars, and Pune Devils.

The team Delhi Bulls is one of the cricket teams that participates in the T10 League each year. it has been playing since the inaugural season, 2017. The team is all set to put its beat foot forward as the upcoming season is just a few days away. This year the matches are going to be held in Abu Dhabi.

The 5th season of T10 League is going to kick off from 19th November. We are well aware that there are 8 participating teams in the T10 League 2021-22. All matches will betaken places at the Sheikh Zayed Stadium, Abu Dhabi. So take a look at the Delhi Bulls Squads 2021-22 T10 League Season 5.

Delhi Bulls consists of a strong squad, where they had faced the Northern Warriors in the finals, but lost the match. Delhi Bulls is all set to roll out their gameplay for the league. The squad has 16 players including the captain of the team. They will be in their best form, with a motive to win the trophy this year.

Delhi Bulls is led by the captaincy of the Trinidadian cricket player Dwayne Bravo. He was also a former captain of the national cricket team of West Indies. Dwayne Bravo is an all rounder and his batting skills are top-notch. He is a right-arm medium fast bowler. He has won many awards and led his team to victories. He is known for his excellent skills and polite mannerism.

Here the entire fixture of the team Delhi Bulls, where all matches will be held at Sheikh Zayed Cricket Stadium. Take a look at the timings mentioned for each match, it is as per Local time. The first match is going to played between Delhi Bulls and Northern Warriors on 19th November 2021.