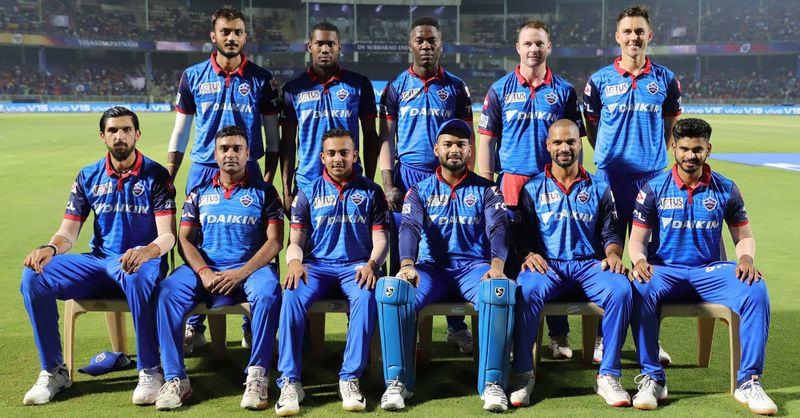 The Delhi Capitals is an authorized team based out of Delhi in the Indian Premier League (IPL). It was founded in 2008 as the Delhi Daredevils. It is jointly owned by the GMR Group and JSW group. The team’s native land is Arun Jaitley Stadium in New Delhi. The Delhi Capitals appeared first time in the final of IPL 2020.

The Indian Premier League (IPL) was coordinated by the Board of Control of Cricket in India (BCCI) and sponsored by International Cricket Council (ICC). The initial tournament took place on April-June 2008 where the BCCI finalized eight teams who will participate in the tournament.

The squad represented eight different cities in India including Delhi. On 20th February 2008, the teams were put into the auction, and the Delhi team was acquired by GMR Group for US $84 million dollars. In March 2018, the GMR group sold a 50% stake to the JSW Group for US $77 million dollars. In December 2018, the team got renamed to Delhi Capitals. The co-owner and chairman Parth Jindal said that ” Delhi is the power center of the country, it is the capital, therefore the name Delhi Capitals. “

The team played well initially winning 7 out of 9 games. They defeated Sunrise Hyderabad which helped them to reach the finals for the first time in the history of IPL. The only team which Delhi Capitals couldn’t beat is Mumbai Indians even though playing 4 times. The IPL 2020 was the successful series for Delhi Capitals in the history of IPL. This season was played in UAE.

On 30th April 2021, Rishabh Pant will lead the team as Shreyas Iyer has dislocated his shoulder while bowling in the ODI series against England.

Delhi Capitals is one of the teams that has not released many players before the auction. Most of the first-team players have been retained and made little changes in the roaster. Steve Smith was the first one to be picked by the IPL mini-auction and DC has taken in the Australian Captain for Rs 2.20 crore almost his base price.