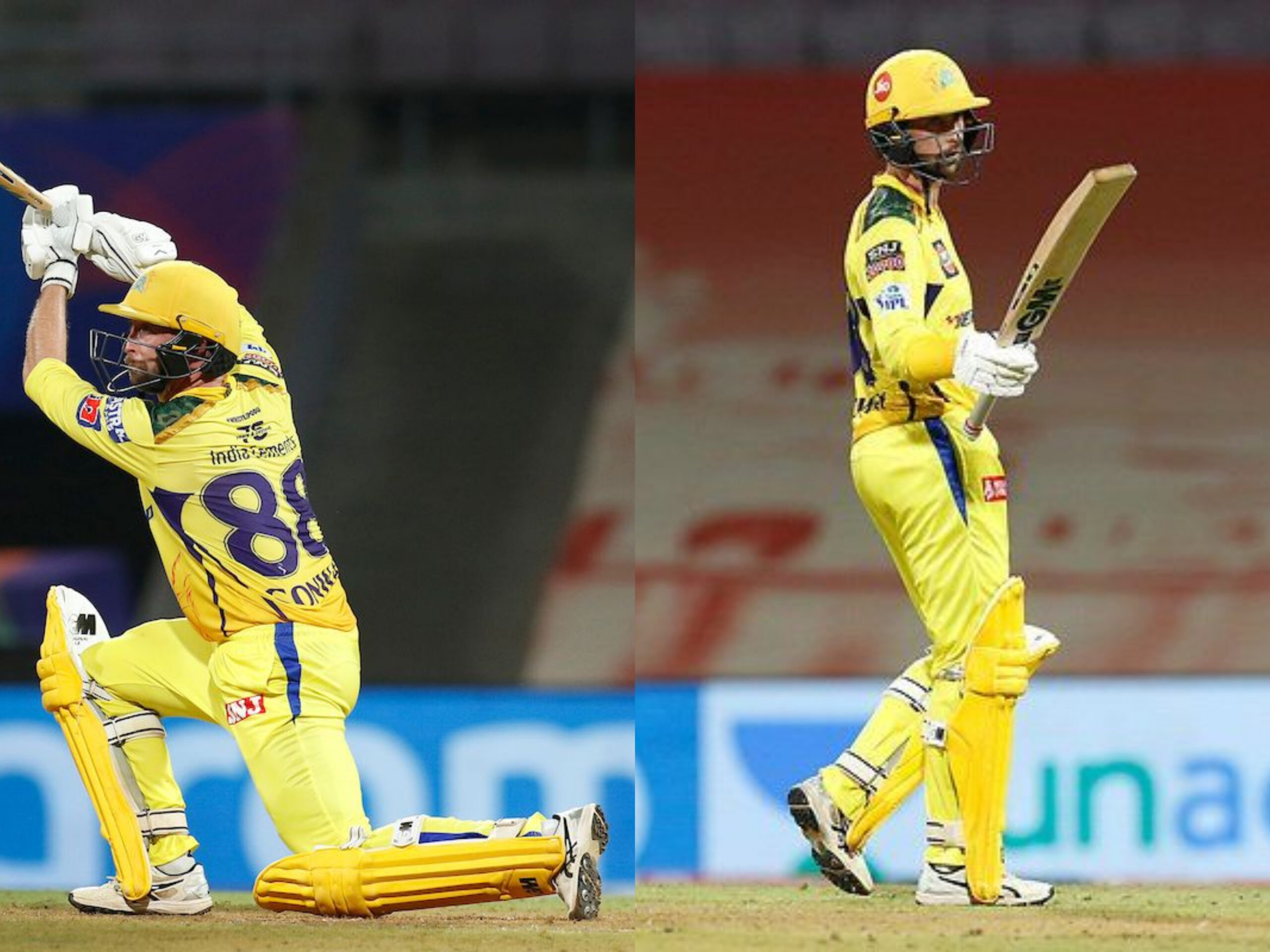 Devon Conway is a man on a mission. He has produced another excellent innings for Chennai Super Kings at the top of the order, this time against Delhi Capitals during their Sunday evening fixture. He scored 87 off 49 balls, hitting seven fours and five sixes at a strikerate of 177, and helped CSK set DC a target of 208 runs.

This is Conway’s third back-to-back half-century since he returned to the team, following being dropped after CSK’s season opener against KKR. He has 231 runs from four innings, and averages 114 from the last three games alone. The New Zealand left-hander has come into his own alongside Ruturaj Gaikwad, and the duo have put on 100-plus partnerships for the first wicket in two of their last three games.  Today they put together 110 runs off 67 balls.

Ruturaj has also been slowly but surely finding his feet, and today played second fiddle to Conway, but still scored 41 off 33 balls. CSK lost no wickets inside the powerplay, and Conway ensured he meant business with two huge consecutive sixes off Axar Patel in the fifth over. They raced to 50 within the sixth over, following which Kuldeep was targeted after the powerplay. Conway hit four fours and two sixes off the two of the legspinner’s overs, and poor Kuldeep had bled 34 runs inside half his quota. He reached his fifty off 28 balls.

When Anrich Nortje dismissed Gaikwad in the eleventh over, CSK had already scored 110 and were running briskly at 10 rpo. They slowed down a bit after that first partnership was broken, but Shivam Dube revived the innings with his 32-run cameo. Conway didn’t take a lot of strike, and seemed to power down after Ruturaj’s wicket. Khaleel Ahmed was finally the one to send Conway back to the hut – he bowled an offcutter to which Conway tried a ramp over the leg side, but could only manage a thick edge that landed in Rishabh Pant’s gloves. But he had already set CSK on course to a huge total, and the stage was set for the unstoppable MS Dhoni. He scored 21 runs off 9 balls at the death to carry CSK over 200.

Conway skipped suhaagraat when he got to know Dhoni is captaining CSK again to play under him. This man is made for this franchise. #IPL

Just imagine how much better CSK could have done this season if they’d used Conway the whole time.

Devon Conway seems to be good at picking the right bowler. Matchup.

Somehow it also feels as if he has has that uncanny ability to pick the angles in the field. Or rather it feels like a map of the field is fitted in his brain.

Devon Conway, a sweet morphine to our Du Plessis pain. Glory days to be back soon!

CSK has locked a Vijay-Hussey esque opening pair in Conway and Rutu for next 3 4 years atleast. With Rutu seems to be comfortable against pace , and anyways strong against spin and with Conway being secxyy against spin, gonna be a nightmare of a pair in future.