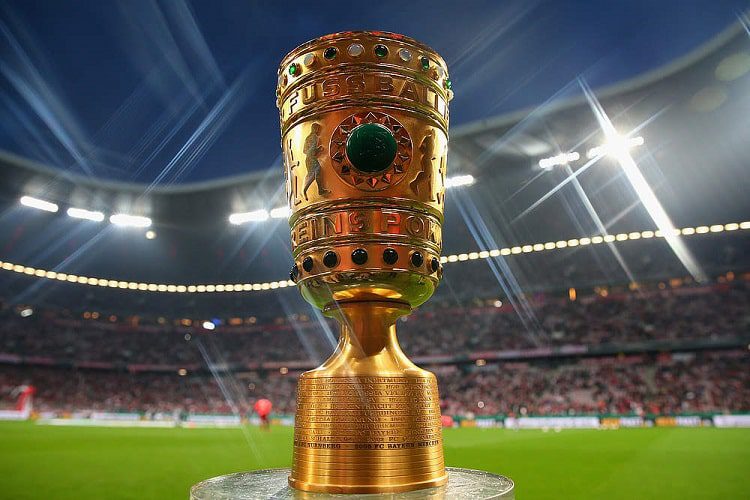 The upcoming DFB Pokal Fixtures 2021/22 will b the 79th season of the German football Cup. It the second most prestigious Cup played in Germany. This football Cup is played amongst sixty four teams, bifurcated into 3 clubs Bundesliga , Bundesliga(2) and Liga. The season will take place in the period from 6th August 2021- 21st May 2022. Check out DFB Pokal 2021/22 Fixtures, Get Complete Schedule.

DFB Pokal is run by the Germany Football Association. The winner of the DFB-Pokal earns automatic qualification for the group stage of next year’s edition of the UEFA Europa League. The current League champions are Borussia Dortmund. So, lets see DFB Pokal Fixtures 2021/22 Complete Schedule.

The league starts with a round of 64 teams. The 34 teams of Bundesliga and Bundesliga 2 with the top 4 finishers from Liga will qualify for the next competing rounds. For First round of draws, the participating team will be split into 2 pots of 32 teams. The first pot contains the champions of all the regionals competitions including the best from Liga and bottom scorers of Bundesliga 2.

The match will be played for a time of 90 minutes. There will be two halves 45 minutes each. In case of a tied up match an extra 30 minutes is given divided into 15 minutes each. Even after this, if the match calls for a draw then it will be concluded by a penalty shoot out. A coin toss determines which team kicks first for the penalty.

The official broadcaster of DFB-Pokal tournament is Das Erste and televised on ARD’s Sportschau. All draws of the league will held at Dortmund on Sunday evening at 6:30 PM.

Arsenal Premier League 2021/22 Fixtures: When do they play the first and last game?
Coppa Italia Fixtures 2021/22, Participating Teams, All you need to know