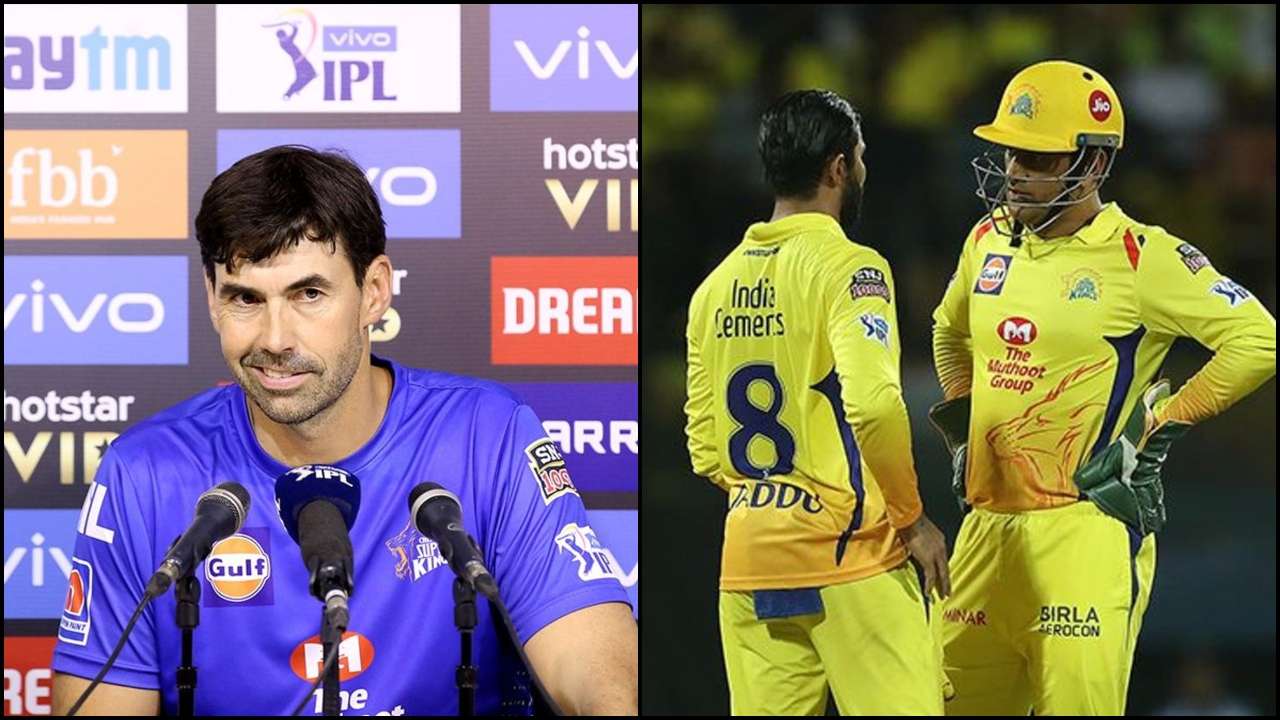 Chennai Super Kings’ (CSK) head coach Stephen Fleming said that MS Dhoni’s decision to give Ravindra Jadeja captaincy was a well thought out plan from the team. Two days prior to CSK’s opening game against Kolkata Knight Riders (KKR) on March 26, the 40-year-old Dhoni decided to relinquish captaincy and handover the duties to Jadeja.

Dhoni, who captained the Super Kings in 12 seasons from 2008, bowed out as the most successful IPL skipper with over 100 wins under his belt. Fleming stated that the decision to make Jadeja the skipper wasn’t taken in a day and that the pros and cons were taken into consideration before a final call.

“We talked about it. Something MS and I talked about even last season, during the last season. The timing was MS’ call. He wanted to give Jadeja a clean slate going into the series. It was communicated with Mr. Srinivasan, and then to the team,” Fleming said in the post-match press conference.

Jadeja got off to a nervy start to his captaincy sojourn as the Super Kings lost to KKR by six wickets on Saturday at the Wankhede Stadium in Mumbai. Jadeja also had a tough time with the bat as he scored 26 runs off 28 balls and failed to score at above a run-a-ball.

The last-ball off Andre Russell was the only boundary Jadeja hit during his knock. However, he was involved in a handy 70-run stand for the sixth wicket with MS Dhoni, who scored 50 runs off 38 balls with seven fours and one six.

MS getting runs early in the tournament is a positive: Stephen Fleming

The Jharkhand-born Dhoni started in a sedate manner before stepping on the gas in the death overs. Fleming was delighted with the veteran scoring runs, but also wanted the top-order to come good in the upcoming fixtures.

The Super Kings were reduced to 61 for five in the 11th over before Dhoni and Jadeja came together. While Ruturaj Gaikwad, the Orange Cap winner of the IPL 2021, Devon Conway, the IPL debutant, and Shivam Dube failed to get into double digits, Robin Uthappa and Ambati Rayudu perished after getting starts.

“It [Dhoni scoring runs] was good but it would have been nice if the top order had fired. The depth we have got in our batting is a positive. And certainly, MS getting runs early in the tournament is a positive,” he added.

CSK scored 47 runs in their last three overs and the late onslaught got them up to 131. But the Knights chased down the target in 18.3 overs with Ajinkya Rahane top-scoring for them with 44 runs.