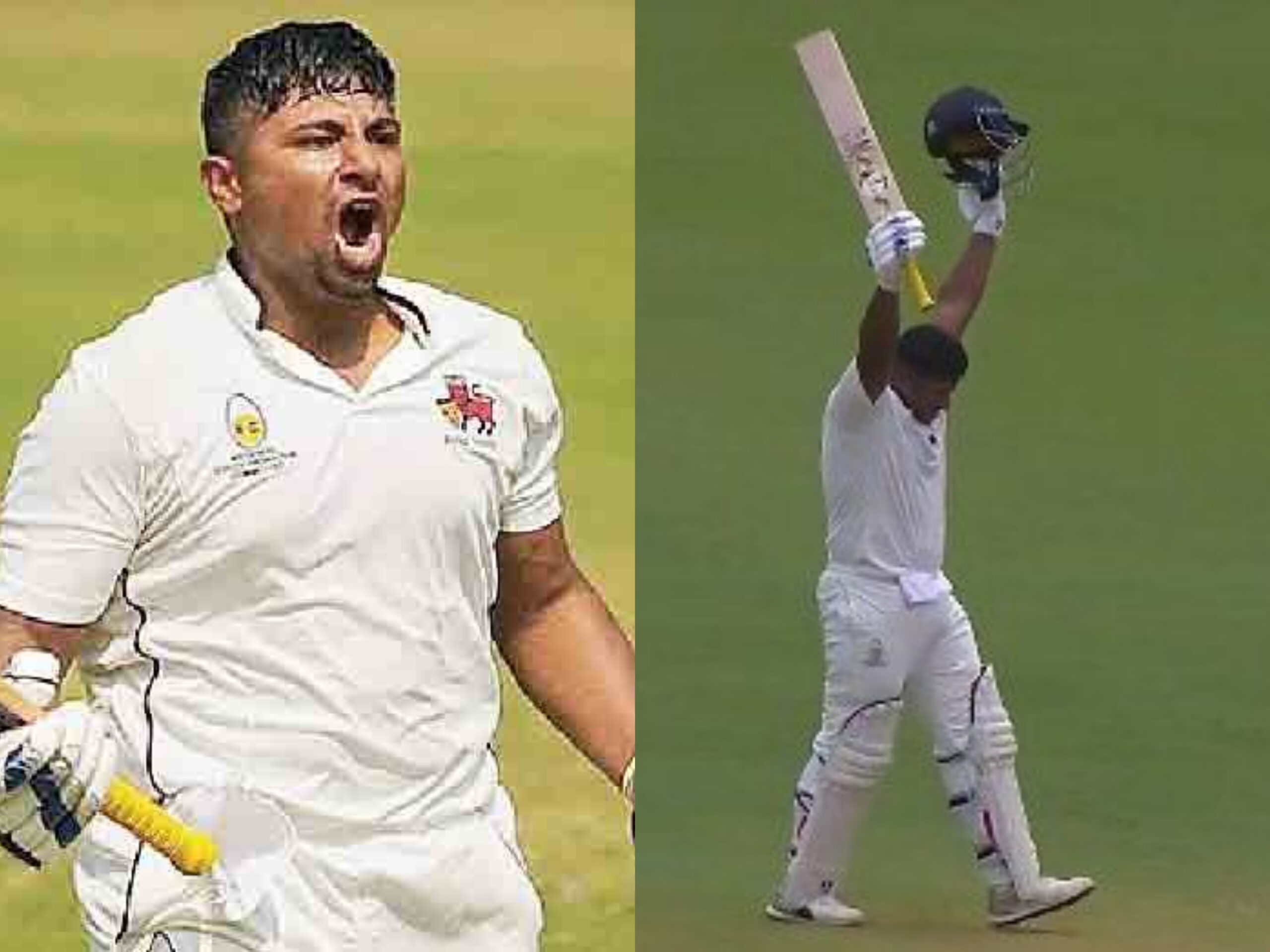 Sarfaraz Khan is dominating the Ranji Trophy quarterfinal for Mumbai against Uttarakhand. The 24-year-old scored his third 150 plus first-class score this season, hitting 153 off 205 balls on the first two days of the match.

Sarfaraz has been in unbelievable form this Ranji season. In just five innings he has scored over 700 runs, and averages nearly 140. His top score this season has been a mammoth 275 against Saurashtra, his third double-century in first-class cricket.

In the 13 innings in Ranji Trophy career, Sarfaraz has scored 2252 runs at an average of 80.52. This is the second highest for a batter in first-class cricket, only behind Sir Don Bradman’s 95.14, considering a minimum of 2000 runs.

Since making his IPL debut in 2018 for the Royal Challengers Bangalore, Sarfaraz hasn’t had a lot of opportunities to prove himself. Cricket Twitter had high praise for his innings, with many wondering when the dominant batter is likely to make his debut in India colours.

I don't think Sarfaraz Khan should be playing at this level anymore. If you are averaging 80+ while striking at 70+, you should graduate to the next level.

The more you play at a level where you are heads and shoulders above the rest, the more your progress stagnates. https://t.co/7qA8ELNavq

Sarfaraz Khan currently has more than 2,200 first-class runs at an average over 80 with 7 hundreds.

None of his previous six hundreds have ended below 150. Two double hundreds, one triple hundred and two 150-plus scores.