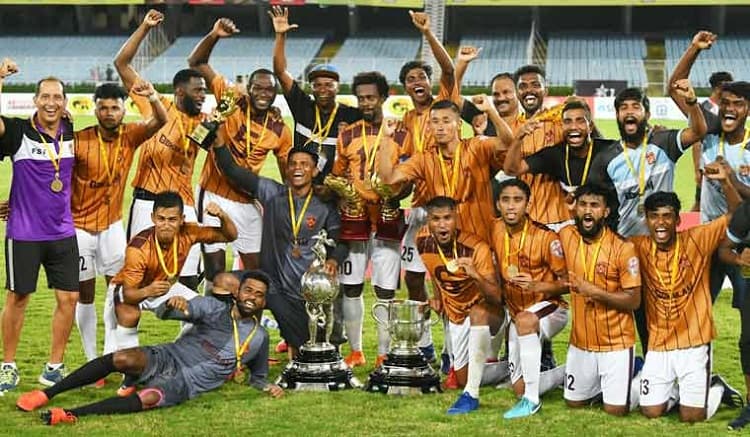 The tournament is named after Sir Mortimer Durand who was foreign secretary of British India from 1884 to 1894. The army maintains its presence in the cup since its independence by the participation of several teams of the Indian Armed Forces. Royal Scots Fusiliers were the winners of the first edition of the tournament. Gokulam Kerala is the current holder of the cup. Three cups are presented to the winner of the tournament The Durand Cup, Presidents Trophy, and Shimla Trophy.

The 2021 Durand Cup is the 130th Edition of the tournament. The cup is hosted by West Bengal instead of Delhi and the tournament is jointly organized by the Eastern Command of the Indian Armed Forces and the Government of West Bengal. The Tournament started on September 5 and will continue till October 3. The cup was canceled in 2020 due to the pandemic and Gokulam Kerala is the defending champion in 2019 defeating Mohun Bagan. Addatimes is the official broadcasting partner of the League. You can live stream the matches on their site.

We all know about Bengals’ love for sports. May it be cricket or Football, Teams and players from Bengal always manage to leave their mark. In Durand Cup to its teams from Bengal that have Dominated the league. With 16 Titles each Mohun Bagan and East Bengal have dominated the Competition. Both the teams are not Participating in the League this year. Most of the players of Mohun Bagan were on an international break and East Bengal had some investors issues. It’s the first time that Two of the Bengal’s biggest clubs haven’t participated in the league since Independence.

Mohun Bagan Athletic Club is an Indian Professional Sports Club based in Bengal. The club was founded in 1889 and is one of the oldest clubs in India and Asia. Mohun Bagan is the first all-Indian side to win a championship over a British side. Though the club is a multi-sports club the main focus of the club is Football. The club plays its home matches on Mohun Bagan Ground.

East Bengal is a professional football club based in Bengal. The club was founded on 1 August 1920. The club plays its home matches in Salt Lake stadium. East Bengal won their first league title in 1942 and have since gone on to win the title a record 39 times.

Top 10 Oldest NFL Players Ever To Participate In The League
Durand Cup 2021 Live Telecast TV Channels List And Where To Watch Live Streaming?