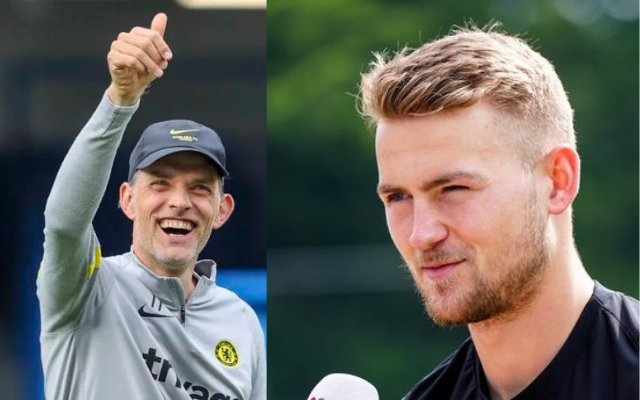 According to reports, Chelsea, one of the most powerful teams in the Premier League, has been advised to pay Juventus 115 million euros to acquire center-back Matthijs de Ligt

A recent article published in the Italian newspaper Corriere dello Sport suggests that for Chelsea to acquire Matthijs de Ligt from Juventus, the club may have to pay as much as 115 million euros. The west London club is in severe need of central defense additions and has made de Ligt their top priority target in this transfer window.

As a result of the loss of their two starting center-backs, Chelsea is in serious need of more defensive reinforcements. Real Madrid has confirmed that Antonio Rudiger has joined the club, while Barcelona is close to completing a deal for Andreas Christensen to join them. Barcelona is in the process of offloading certain players to make room for new arrivals.

There is uncertainty around the futures of fullbacks Cesar Azpilicueta and Marcos Alonso at Stamford Bridge as well. There is just one year left on their contracts with Chelsea, and both of the Spanish internationals have been said to be interested in moving to Barcelona.

As a result, Chelsea has to work on improving the strength of their defensive unit in preparation for the 2022/23 season. They have had a long-standing fascination with Jules Kounde, who plays center back for Sevilla. The previous summer, Chelsea made an effort to recruit the French defender, but they were ultimately unsuccessful because Sevilla raised their demands at the eleventh hour.

This year, Chelsea made another attempt to get the French defender, but because Barcelona is also interested in the player, the deal for Kounde has not been finalized. As a result, they are now concentrating their efforts on other opportunities, and de Ligt has emerged as a top target given the player’s desire to sign with Chelsea.

What’s next for the Blues?

The Blues are investigating the prospect of adding the Dutchman to their roster at this time. It has been stated that they are working on a deal that would include a part-exchange and involve Timo Werner moving to Turin. According to Gianluca Di Marzio, the offer would be worth between 25 and 30 million euros, in addition to Werner. Nonetheless, Juventus will not be readily persuaded by the proposal.

According to the Italian publication Corriere dello Sport, Juventus is only interested in a cash transaction for the sale of de Ligt and has reportedly proposed a price of 115 million euros. The Dutchman was acquired by the powerhouses of Serie A for €85 million during the summer transfer window of 2019, and he has another two years remaining on his deal with the club. It will be intriguing to see whether Chelsea is willing to pay the primary defensive goal of this summer for 115 million euros if it means they can get him.