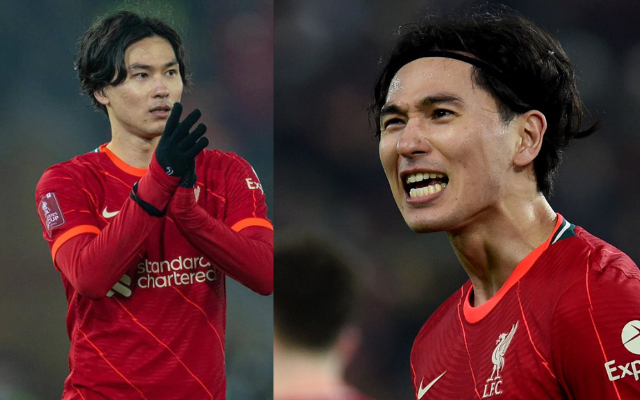 Liverpool and AS Monaco have reached an agreement on the transfer fee for Takumi Minamino, which is set at 18 million euros

As a result of Sadio Mane’s recent transfer to Bayern Munich, the winger has been the primary topic of conversation in the Liverpool locker room in recent days. According to Goal, the Reds may suffer another significant loss this week in the shape of a talented attacker in the form of Takumi Minamino.

According to the source, Liverpool and AS Monaco have reached an agreement on the purchase of Minamino, which is worth 18 million euros. The powerhouses of Ligue 1 have committed to making an initial payment of €15 million, in addition to a further €3 million that will be paid out in performance-related add-ons. The player is scheduled to undergo a medical examination at Stade Louis II, and it is possible that the transaction could be finalized very soon.

Minamino was pursued by several clubs, including Premier League teams Leeds United and Southampton, but he ultimately decided to sign with Monaco because he believed that the Ligue 1 could better accommodate his playing style. Minamino would become the third high-profile player to go from Anfield this summer if the trade is finalized, following in the footsteps of Divock Origi and Sadio Mane, who have both moved on to play for European rivals Bayern Munich.

Because the player had a difficult time making an impression at Anfield after moving there from RB Salzburg, the impending transfer of Minamino to Monaco does not come as much of a surprise from a sporting point of view. Minamino has scored 14 goals in 53 appearances, which is not a terrible return for a player who is generally allocated a bit-part position at the club. Minamino has played for the club.

However, considering how difficult it has been for the Japanese international to get regular playing time, a transfer to Monaco may be the next natural step in his career. The former Salzburg sensation should provide further competition for players like Gelson Martins and Sofiane Diop, and the fact that he can play in a central position makes him an attractive option to Kevin Volland.

What will the Reds do now?

According to Football Insider, Minamino also had an offer from Liverpool’s Premier League rivals Wolves, who were interested in signing the Japanese international player. Wolves are currently in second place in the Premier League. Minamino was a significant consideration for the team coached by Bruno Lage as they want to bolster their offense after a year in which they struggled to put away opponents in front of goal. Despite this, the forward declined their offer and instead decided to join Monaco.

The departure of Minamino from Anfield makes it reasonable to anticipate that Liverpool will bring in a new face to the attacking unit. However, given that they have already secured the services of Darwin Nunez and Fabio Carvalho, the Reds are not expected to make many more acquisitions in the market. This is unless they wind up losing a few more players from their first team throughout the summer.