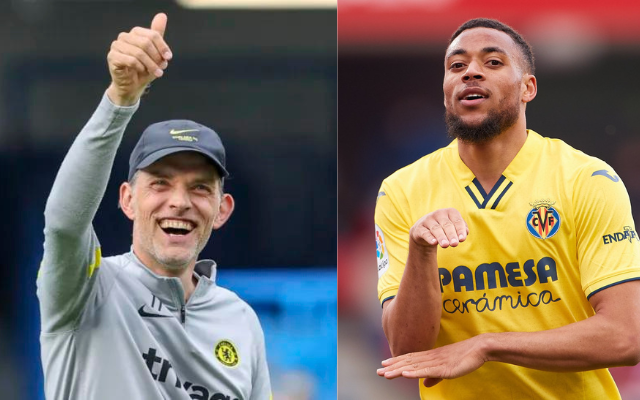 According to Fichajes, Chelsea has joined the list of teams who are expressing interest in the attacker Arnaut Danjuma, who plays for Villarreal and is 25 years old. The Netherlands international just transferred to Spain from Bournemouth in the summer, and the Blues are contemplating making a bid to acquire him for a fee of forty million euros.

Arnaut Danjuma is a product of the development programme of PSV Eindhoven and has prior experience of playing in the Premier League. He was a member of the Bournemouth team that competed in the English top division in the 2019/20 season. However, he was not successful in preventing the Cherries from being demoted during that season.

The next year, Danjuma had a breakout season in the EFL Championship, scoring 15 goals in 33 league appearances before Villarreal showed interest in signing him. Danjuma kept up his impressive form while playing for the Yellow Submarine and was a persistent threat to score for the Spanish team, finally ending with 16 goals scored across all competitions for the Yellow Submarine.

Six of the 16 goals were scored by him during the previous campaign were in the UEFA Champions League, which is considered to be the most prestigious club tournament in all of Europe. The performance of the 25-year-old has caught the attention of a number of teams in Europe, including West Ham United and Liverpool, among others.

West Ham continued to show interest in the Dutchman even after the Reds acquired Darwin Nunez to fix their offensive difficulties. However, the Dutchman finally decided against joining the Hammers and instead joined the Reds. As a result of Chelsea’s entry into the fray, the competition to sign Danjuma has become much more exciting.

Will Chelsea be successful?

As a result of Romelu Lukaku’s loan transfer back to Inter Milan, the Blues do not currently have an established number nine player on their roster. Timo Werner is capable of taking on the role of striker, but he has had little success during his time in England so far and does not play a significant role in Thomas Tuchel’s game plan. The international German player has also been linked with a possible departure this summer.

Raheem Sterling, who was signed by Chelsea, has the ability to play as a false-nine alongside Kai Havertz, who was used often in that position by the German manager during the previous season. As a result, given that the Blues are in dire need of a striker, it makes perfect sense for them to be interested in Danjuma. There have been rumours that Chelsea is interested in signing Red Bull Salzburg’s teenage phenom Benjamin Sesko, who is also drawing the attention of Manchester United.