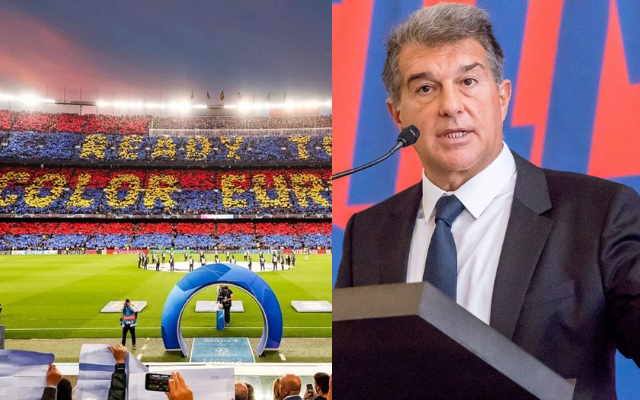 According to Foot Mercato, Barcelona filed an inquiry about the Croatian international midfielder Lovro Majer during the summer transfer window in the hopes of signing him to a contract with Rennes.

It wasn’t until the summer of 2021 that the 24-year-old moved to Rennes, but he made quite an impression in his first season in France, finishing with six goals and eight assists over 29 games in Ligue 1.

During the summer transfer window, it brought Atletico Madrid, Paris Saint-Germain, and Sevilla, among other teams, to compete for him. It would seem that Barcelona had shown interest in the 24-year-old midfielder as well.

According to the source, the Blaugrana made contact with Majer’s entourage in the midst of the transfer window in order to get information on the player’s position. However, as time went on, interest began to wane due to the difficulties the club was having financially and with its wage cap.

Majer, for his part, is still continuing to perform admirably for Rennes, and Atletico Madrid is still showing an interest in the Croatian international player, who has been compared to fellow countryman and Real Madrid legend Luka Modric.

Given that his current contract is set to expire in the summer of 2026, the French club has placed an exorbitant price tag of €60 million on its midfielder.

Although Barcelona’s interest in Majer seemed to wane following the club’s first inquiry, the club did bolster its midfield department by acquiring Franck Kessie and Pablo Torre. Despite this, both players have had a difficult time breaking into the starting lineup at Spotify Camp Nou.

Xavi has decided that Pedri, Gavi, and Sergio Busquets are the best players to play alongside one another in the middle of the field. Frenkie de Jong, Kessie, and Torre are now behind them in the pecking order.

Therefore, it would seem that Barca does not presently have a need for a player with Majer’s skill set. Instead, the club should concentrate its efforts on finding a player to take over as captain in lieu of Busquets, who is likely to depart at the conclusion of the current campaign.

‘2 replacements decided for the Barcelona captain’-Joan Laporta has shortlisted 2 players who can potentially replace Sergio Busquets next season
‘No. 18 jersey is made to break records’-Twitter reacts as Smriti Mandhana is the 3rd fastest in the world to complete 3,000 runs in women ODIs