Egypt Vs Senegal, Betting Predictions; Where To Watch? 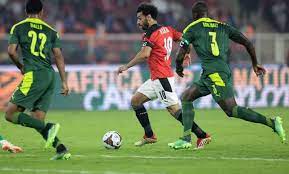 Egypt vs Senegal, Where to watch?

In preparation for their double-header against the Lions of Teranga, Queiroz has picked a veteran 22-man team that includes five foreign-based players such as Omar Marmoush and Mahmoud Hassan Trezeguet. Mohamed Salah, who is now the Premier League’s leading scorer with 20 goals, will continue to be the focal point for the Pharaohs, and with 47 goals for the national team under his belt, he will undoubtedly be someone to keep a watch out for.

Likewise, the Turkish Super Lig combination of Galatasaray’s Mostafa Mohamed and Istanbul Basaksehir’s Trezeguet should assist with the Liverpool front, while Mohamed Elneny will continue to provide stability in the midfield. Regarding injuries, Egypt will be missing Ahmed Hegazi and Akram Tawfik, who have both been out of action since the Africa Cup of Nations, while Ramadan Sobhi and Mohamed Hany will continue their rehabilitation process toward full health.

While this is happening, Cisse has named a team that is identical to the one that won the AFCON championship in January, which includes the Premier League combination of Chelsea goalkeeper Edouard Mendy, Liverpool winger Sadio Mane, and Watford’s Ismaila Sarr. Having said that, Mane will once again play an important role for the Lions of Teranga at the attacking end of the pitch, where he will combine with Sarr and Famara Kouyate to create opportunities.

Nampalys Mendy and Cheikhou Kouyate were both ever-presents for Senegal at the Africa Cup of Nations, starting all five of their team’s matches. They should be given the nod once again in the midfield. Senegal’s defence, which allowed just two goals on their way to winning the continental title, is to credit for their outstanding performance in Cameroon, and we could see a similar rear centre-back duo of Kalidou Koulibaly and Abdou Diallo protecting Mendy in goal in the second leg on Saturday.

After losing the previous three encounters between the sides, including a narrow loss in the AFCON final in January, Egypt will be anxious to get a victory against Cisse’s men going into the game. Egypt will have the benefit of playing at home, Senegal has a wealth of world-class players in their arsenal. We predict that the game will conclude in a tie, with everything on the line in the second leg.