England break record for highest ODI of all time, score 498 against Netherlands 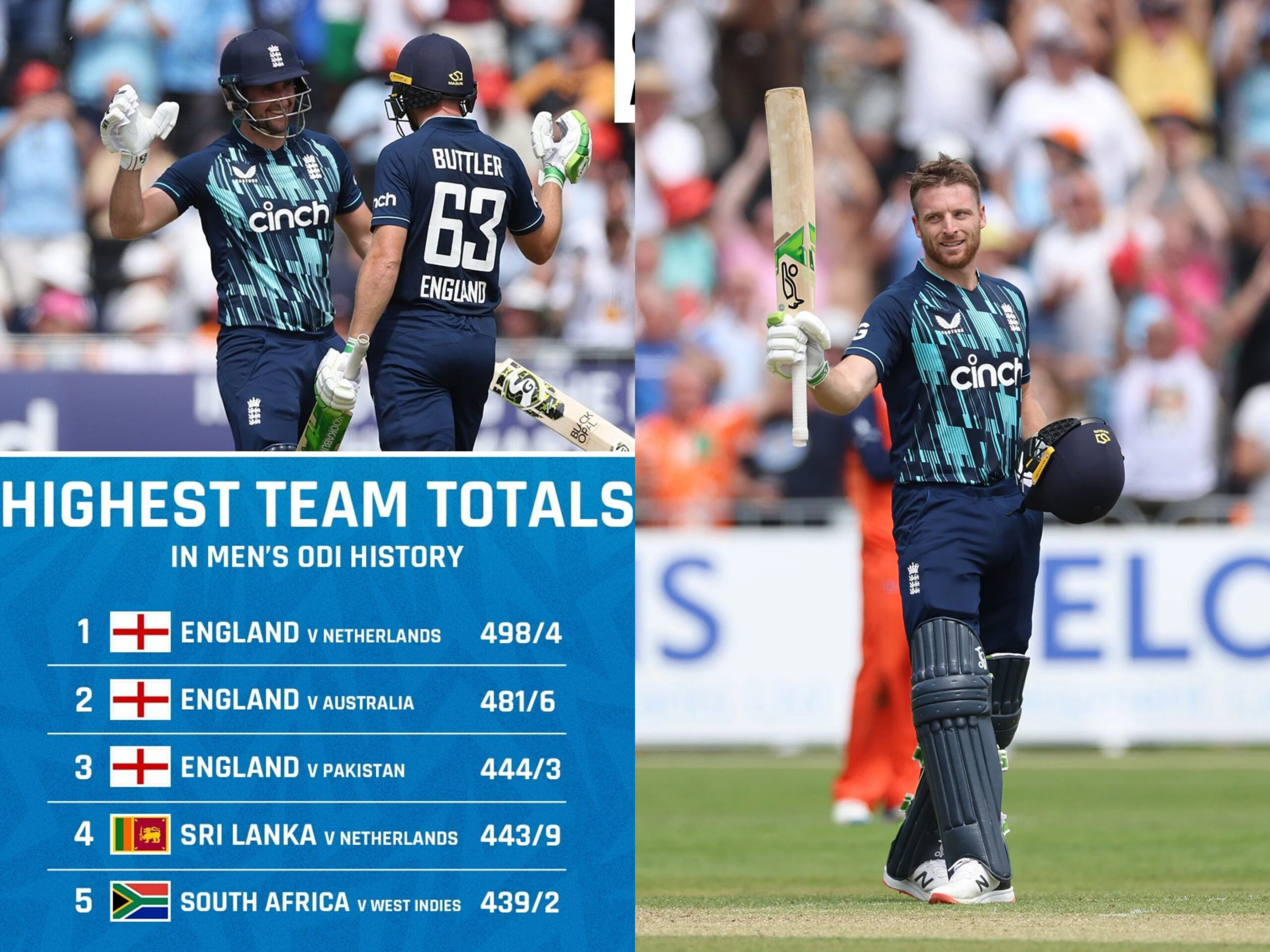 Three England batters scored hundreds in the first innings, the first time in the nation’s history that this has happened. South Africa is the only other team to have managed the feat, and they did it twice – against West Indies and India in 2015. Today, Phil Salt was the first to bring up his century, scoring 122 off 93 balls (14 fours, three sixes and a S.R. of 132). Dawid Malan was the next to inflict torment on the poor Netherlands bowlers, and he made 125 from 109 (nine fours, three sixes, S.R. 114).

Jos Buttler of course played a T20 innings, and it’s simply impossible for any bowling unit to recover from the damage once he gets going. His 162 off 70 is the fourth highest by an England batter. His 47-ball hundred is the second fastest by any ODI batter in history, second only to AB de Villiers’ 100(46).

England were 218 at the start of the 30th over when Buttler arrived. They scored 280 – that’s right – in the next 20 overs at an over-rate of 14. Liam Livingstone brutalized the Netherlands too, bludgeoning 66 off 22 balls at a strike-rate of 300.

We may be slightly good at the death

I'm old enough to remember when Sri Lanka got 398 against Kenya and it seemed an unreal score.

England have just got 498 now. Stunning. Unbelievable. Jos Buttler is a phenom. Liam Livingstone is 🔥