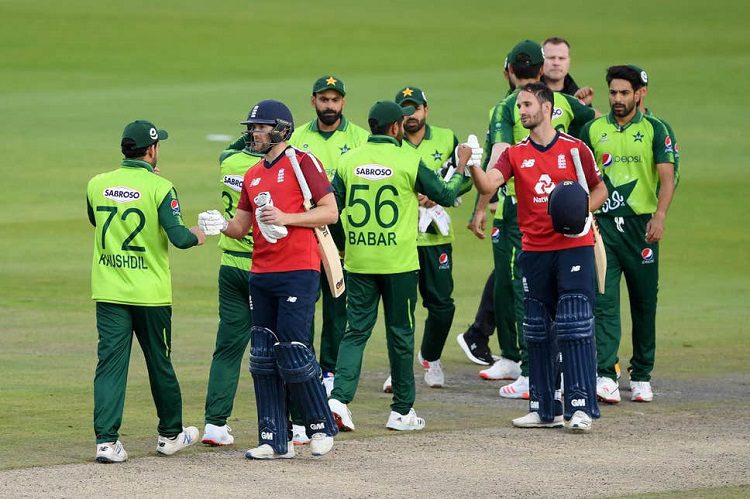 Pakistan tour in England T20 series for 2021, started on 16th July. The premiere match was held in Trent Bridge, Nottingham, England. The toss was won by England and chose to field. However, the first win in T20 series was in favor of Pakistan. They beat England by 31 runs. Check out England vs Pakistan 2nd T20 Live Telecast, Watch live streaming match.

The 2nd T20 match is to be held on 18th of July. The venue for the match is Emerald Headingley, Leeds. Indian Cricket fans can watch it LIVE Sony Six and Sony Six HD at 7:00 PM. Lets check out England vs Pakistan, 2nd T20 Preview, Match Prediction, Pitch Report and Live Streaming.

With the return of England senior player Eoin Morgan after COVID-19 protocols post isolation, the upcoming match for PAK looks tough. Babar Azham who scored 2 fifties and a hundred in his recent T20s, along with Jason Roy and Jos Buttler likely to open the match is going to be nerve racking for viewers.

However as we speak of the teams individual players, everyone will be giving their shot to make a mark at the T20 series. Since, this will help them give an edge in the upcoming T20 World Cup Squad.

Who would win England vs Pakistan: Match Prediction?

As we know PAK won the last T20 match against ENG. Scoring 232/6 in their 1st T20, we can conclude the analysis for their 2nd match. Win prediction is 56% for team Pakistan and for Team England seems 44% win percentage. The total matches played by both nations were 4. Out of the 4 matches, PAK won 2 and ENG won 1.

We expect Pakistan to win this match.

Due to some bowlers swing, the batsmen will in search of attacking the bowlers. As match progress, the pitch will slow down. The middle overs will be controlled by the bowlers. Bo teams will pursue after winning the toss. The pitch is not expecting to change much during the game.

The 2nd T20 match between Pakistan and England is scheduled at Emerald Headingley, Leeds. The wicket is variable particularly when there is cloud cover too aids seam bowling. The weather at Headingley, Leeds, United Kingdom is expected to be partly cloudy with maximum temperatures of 27 degrees Celsius.

In the 2nd T20 series scheduled to be on 18th July 2021. The match will begin at 7:00 PM IST. For viewers having a DTH connection, the match will be telecasted in India on SONY SIX and SONY SIX HD. Meanwhile, viewers using a cellular network, FanCode is given the rights for LIVE broadcast of T20 matches.

Viewers can simply use the website fancode.com and view the scores for the match and the commentaries. They can also make use of the FanCode app available on Play store and App store. Check out the entire list of channels for different nations.