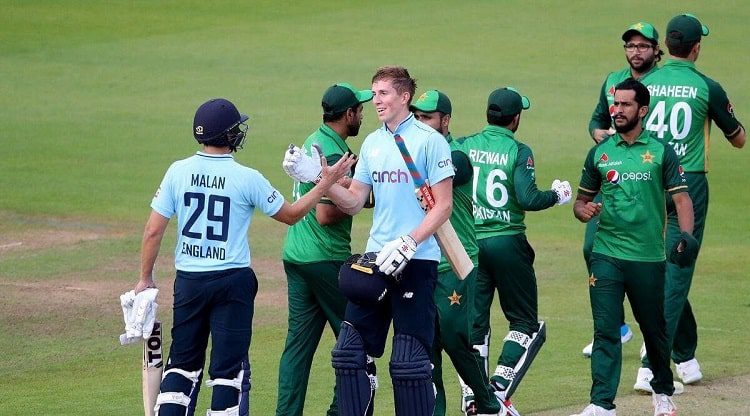 Pakistan vs England 3rd ODI Cricket match will be played on 13th July 2021 at Edgbaston, Birmingham. The match will begin on 12:00 GMT/ 13:00 local/ 17:30 IST. Since, England has won the previous matches, it looks like the 3rd ODI will also be in favor of England. Let us look into England vs Pakistan 3rd ODI Live Telecast, Watch live streaming match.

Pakistan’s ODI record against England is not remarkable. They have won just 16 of the 49 games played so far in the country. The win in the first ODI was England’s 31 against Pakistan in England. Pakistan lost the previous series July-September 2020 ,while touring in England. Hope Pakistan will try to defeat England in third match and will try to do end of the series in a good way.

Pakistan is ready to play with England in 3rd ODI cricket match after losing after two consecutive matches and Pakistan also lost the ODI series. The 3rd ODI match is to be played at Birmingham. England’s team are in great form right now and they will try to clean sweep Pakistan. Some changes will be made in both teams in last ODI match. Babar Azam will be captain for Pakistan and Ben Stokes will be captain for England cricket team.

England destroyed Pakistan even without its seniors players and lead the series 2-0 right now. Pakistan could not chase the target of 247 runs. Apart from Saud Shakeel, none of the batsmen could not stay at wicket. Lewis Gregory takes 3 wickets, Saqib Mahmood, Matthew Parkinson and Craig Overton takes 2 wickets respectively.

Both are the average teams of ODI cricket format. Both teams have best winning record in ODI matches. In last 5 ODI matches have been played between Pakistan and England which England have won in four matches. Looking at the current form of England, it seems that these cannot be defeated in this match. It is expected that England will win the 3rd ODI match. England has a 53% chance to win this match.

Lets take a look at some strong points that may give an edge over the prediction:

The Edgbaston, Birmingham Pitch was Established: 1882. It is good for bowling. We should hope average scoring match at this cricket venue. Average inning score of 270 runs made so far at this venue.

Weather of Edgbaston, Birmingham, will be mostly cloudy. Temperature will ranging between 13 to 21 degrees Celsius. There is chance of precipitation for this match. According to the weather forecaster, Maximum temperature: 21°c, Minimum temperature: 13°c, Rain: 74%, Cloud: 67%. Precipitation: 20% is expected. Humidity 73% and wind speed: 15 km/h.

Live Streaming: All matches of Pakistan vs England Live cricket series 2021 live streaming will be available on PTV Sports, Hotstar, Kayo Sports, LIVE Now. Check out the entire list of channels along with the country it will be show in. Viewers can make use of Hotstar app or the website for those who do not have a cable/DTH connection.