EURO 2020 Final, Italy vs England Live Streaming, match broadcast details, When and where to watch ENG vs ITA 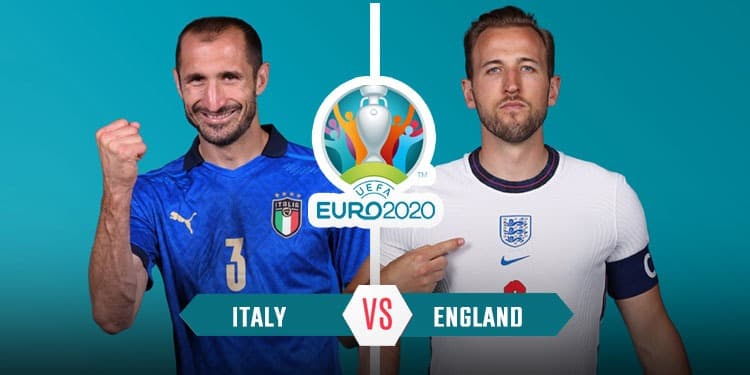 England will be hoping to bring football ‘home’ when they take on Italy at Wembley in Sunday’s Euro 2020 final. The final match of the 2020 Euro will kick off on Monday (12 July) at 12:30 am between England and Italy at Wembley. On Monday, fans all over the globe are going to witness a nerve-racking match. Check How to watch EURO 2020 Final, Where to watch Italy vs England Live Streaming?

This will be England’s first-ever appearance in a European Championship final. They’re first in the final of a major tournament since winning the 1966 World Cup. After a gap of 55 years, this year marks the iconic comeback for England. However, Italy had a final appearance three times before.

How to Watch Italy vs England Live Streaming in india?

In India, the Euros will be broadcast live on the Sony Pictures Sports Network (SPSN). It will be live-streamed on the SonyLIV app. Commentary will also be available in vernacular languages across India. Sony Ten 2 SD & HD, Sony Ten 3 SD & HD (Hindi).

Nevertheless, fans wanting to view through OTT platforms can visit the website Sonyliv.com. Also, for a better experience, it is recommended to watch it through an app. you can download the app Sonyliv on your devices. For iOS users, you can make use of App Store. For Android users, You can make use of Play Store.

England’s record against Italy hasn’t been particularly good. The two teams have crossed paths on 27 occasions and the Three Lions have won just eight times. Italy though has won 11 while eight games have ended in a draw. England has never beaten Italy in a major international tournament.

England has beaten Italy just once in seven games. It is to note that Although they did beat them 2-0 in November 1977 in a World Cup qualifier. The London venue was initially only supposed to host the semi-finals and final but was assigned an extra four games.

Italy And England Way to Finals

Having edged past Denmark 2-1 after extra time in the semis, Gareth Southgate’s team is now against an opponent enjoying their record unbeaten streak. Roberto Mancini’s men have conceded just 10 goals in the 33 matches since they last tasted defeat.

However, the Azzurri must also try and break down a host backline that has only let in two goals in 12 fixtures and is yet to concede from open play in this tournament. Italy, too, has conceded just three goals in the tournament.