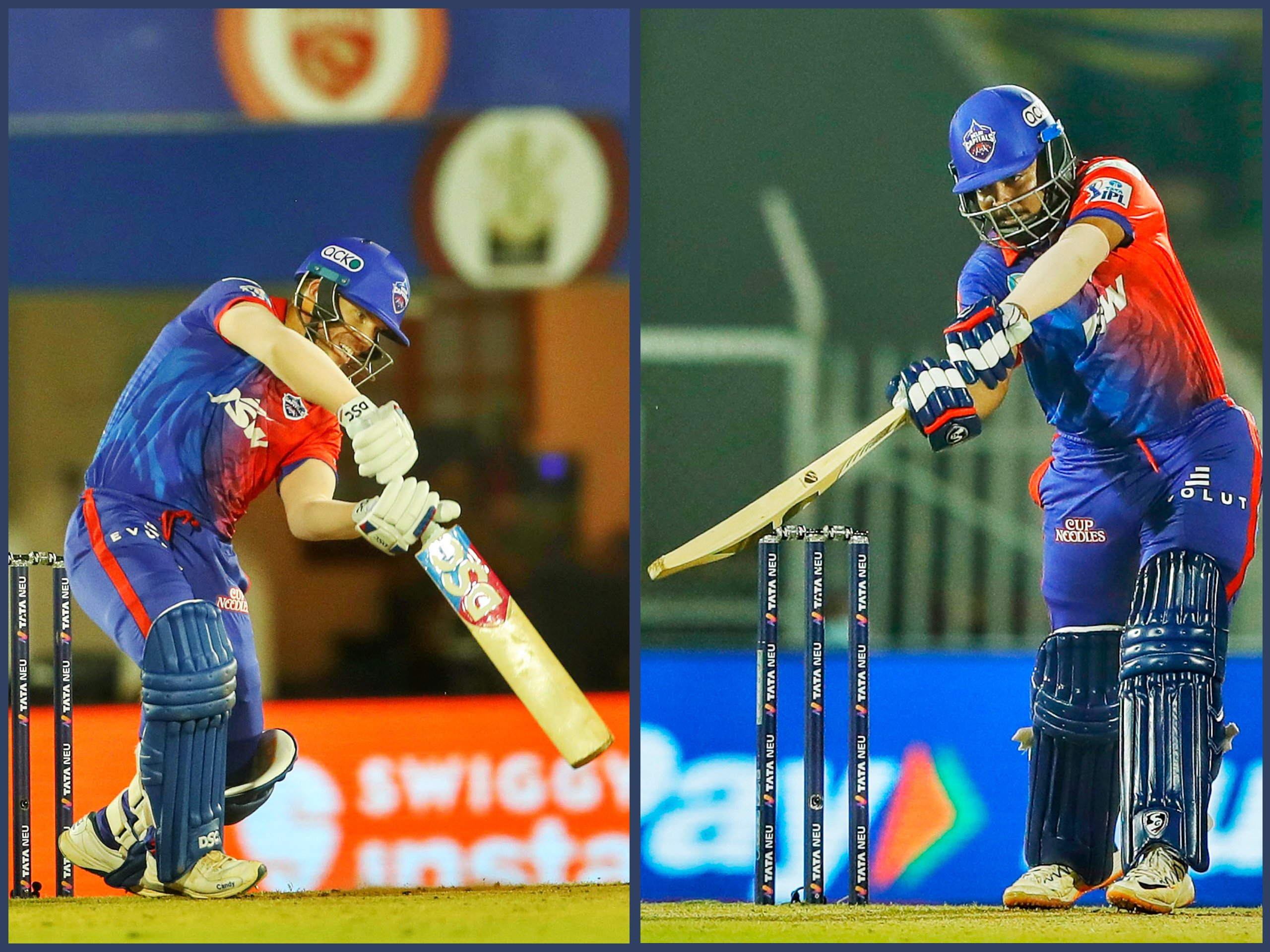 Delhi Capitals have outclassed the Punjab Kings at Brabourne Stadium. First they ripped through PBKS’ lineup, reducing them to the lowest total by any team in IPL 2022 so far – 115 – and then the DC openers went into destruct mode. Delhi Capitals chased it down in just over ten overs, losing only one wicket along the way.

The match was won in the first half, after the Punjab batters lost four wickets in four consecutive overs. Only Jitesh Sharma made some attempt to resist with his 32 off 33 balls, along with his skipper Mayank Agarwal at the top who made 24 off 15 before the carnage started. Aside from these two, only two other batters – Shakrukh Khan and Rahul Chahar – managed to make double digit scores, though they weren’t much, 12 runs apiece. None of the other seven could cross ten runs.

The DC bowlers were a clinical, well-rounded attack. Their spinners, Kuldeep Yadav, Axar Patel and Lalit Yadav picked two wickets each, as well as Khaleel Ahmed. Mustafizur Rahman scalped one, opener and captain Mayank Agarwal. Axar was the pick of the bowlers, conceding 14 runs in his four and picking up the prized wickets of Liam Livingstone, who had three fifties from his last four games before this one, and Jitesh Sharma, the only PBKS batter who showed some resistance.

DC cruise to 115 after Warner-Shaw destruction

The 116-run chase was a walk in the park for the DC openers. Prithvi Shaw and David Warner added an 83-run opening stand stitched together from just 39 balls, and by the time Shaw was dismissed after making 41 (20), the match was far beyond PBKS’ reach. David Warner scored at an unbeaten 60 off 30 balls to take DC home with 9.3 overs remaining. They cruised through at 11 RPO, and both openers struck at over 200.

Delhi Capitals came into this game with the cloud of a COVID-19 scare hanging over their heads. A sixth person in their camp tested positive today. Two players have been infected already, Tim Siefert being the most recent, and Mitchell Marsh on Monday. Today’s game was originally scheduled to take place in Pune, but was shifted to the Brabourne Stadium instead to avoid further infection due to travel. In spite of the worries within the camp, DC shone all-round to register a thumping 9-wicket victory over Punjab.

Imagine sitting in a room for 4 days, finding out that a team mate you had dinner with has Covid today, imagine being told that you still have to go and play the biggest tournament in the world and then imagine playing and having the opposition at 92 for 8 this is @DelhiCapitals

Forget everyone else… even Covid should be scared of this Delhi Capitals batting line up.

Absolutely sensational by DC players to pick themselves up after a COVID-19 outbreak in the squad, and thump Punjab Kings by 9 wickets with 57 balls to spare.#IPL2022 #DCvPBKS @DelhiCapitals

venue changed, preparations halted. another Covid case on match day & discussions of the game being canceled, & eventually going ahead with the game & then you come up with a thumping performance on the field! 🔥

Kudos to @DelhiCapitals for their performance on the field today. Not letting mishaps/covid scare hinder their mindset. This really speaks volumes.
On the other hand, we have to ask, what's wrong with PBKS? What is this bravado approach? #DCvsPBKS

This is the kind of powerplay batting you want to see. The NRR of Delhi Capitals will get a huge boost today.