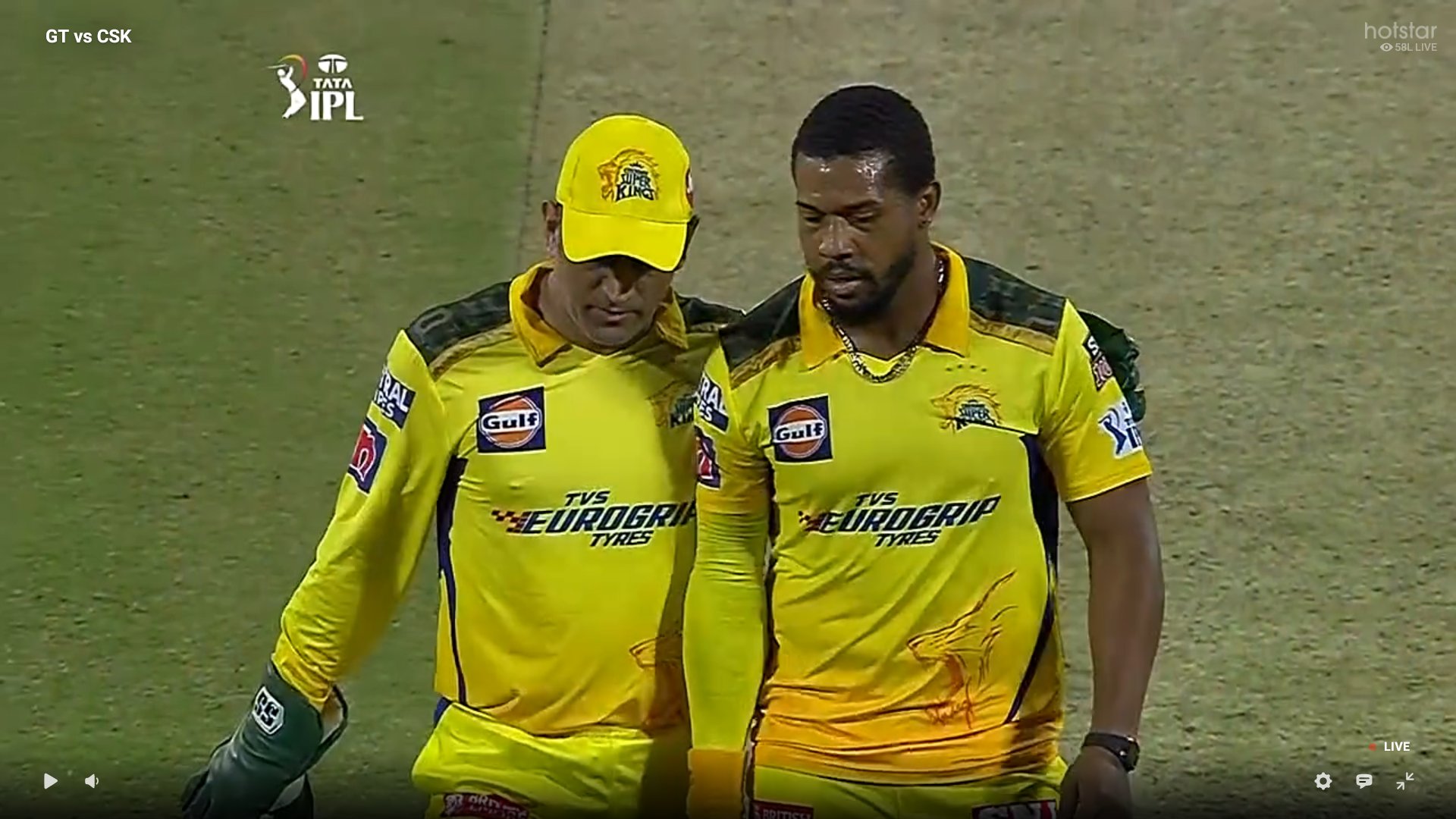 Chennai Super Kings have lost their fifth match of the season against Gujarat Titans. They posted 169 runs on the board after losing the toss, and after reducing GT to 48 for 4 it seemed like the match was in the bag. But some stunning batting from David Miller and Rashid Khan, as well as Chris Jordan’s horror show with the ball ensured GT got there with three wickets in hand, and a single ball to spare.

Ruturaj Gaikwad has finally managed to produce an innings of note. His 73 off 48, batting alongside Ambati Rayudu who scored 46 from 30 kept the score ticking along at a healthy rate, and at the end of the 14th over, CSK were 124 for 2 and well on course to score in excess of 180. They didn’t though, and managed only 28 runs off the next five overs. After a 17-run final over, CSK had a par score of 169.

CSK did everything right with the ball at the start. Three wickets fell within the first four overs, with Shubman Gill and Vijay Shankar both being dismissed for ducks. Wriddhiman Saha and Abhinav Manhor contributed 11 and 12 respectively, and when GT’s saviour David Miller came in to bat, GT were 48-4.

If Chris Jordan hadn’t been the one to bowl the 18th and 20th overs, the result might have been different for CSK. He conceded 58 runs from his quota at an economy rate of 15.813. To put this in even clearer perspective, Mukesh, Theekshana and Bravo combined gave away 65 runs from their eleven overs.

GT needed 48 runs at the start of the 18th over, and it was anybody’s game. That is, until Rashid hit Jordan for three sixes and a four off consecutive deliveries. The Titans took 25 runs off that over, leaving 23 needed from 12. The penultimate over was bowled by Bravo, and he conceded 10 but took two wickets in successive balls to get rid of skipper Rashid as well as Alzarri Joseph.

Jordan started well, bowling two dots up front to Miller, but was hit for a six off the third. Then he bowled a waist-high full-toss which Miller sliced to the fielder at short third man, but all it achieved was handing Miller a free-hit and an extra run. Miller hit an other four, and scrambled for two runs off the second last ball of the innings to pull off one of the IPL’s greatest heists.

Just play with 10 players if you're not gonna play Pretorius or literally anyone over Jordan from next match.

Even thala's blessings couldn't resurrect Chris jordan, that's the ultimate. There's no hope for him in his career.

The number of boundaries conceded by Jordan in the 19th over pic.twitter.com/CsM3CJVScA

Jordan’s failure to consistently execute yorkers is a big issue but his over construction is arguably making it worse – anyone who knows him (like Sussex teammate Rashid Khan), is expecting an attempted yorker, being one dimensional will only decrease your margin of error.

Why does Jordan get paid in crores for going for 15+ an over when I can do it for free?

In the last six months Chris Jordan has single handedly lost England the T20 worldcup semifinals and now has cost CSK an important match when we had just started finding some momentum.