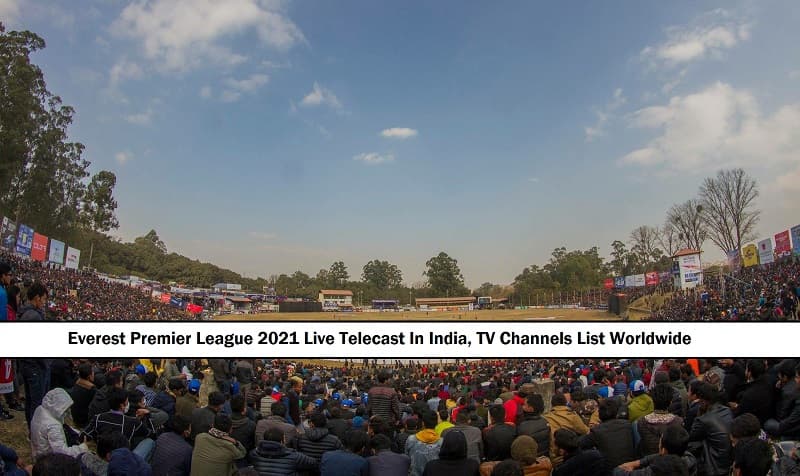 Everest Premier League begins on 25th September 2021 and concludes by 9th October 2021. This year marks the 4th successful season of the EPL 2021. For sponsorship reasons, it is also known as the Bajaj Pulser EPL. It is a domestic cricket league that is held in Nepal. It consists of foreign players which makes it widely popular. Check Everest Premier League 2021 Live Telecast In India, TV Channels List Worldwide.

Since the officials have not yet declared about watching matches live for the audience through the stadium, they have however joined hands with various telecasting channels and sources. The EPL fans in India can make use of Lex Sportel. It will Broadcast EPL and provide viewers the live coverage of the entire tournament for 2021 in India. Apart from it, 1 Sport TV is the TV channel that had also been given the right to live telecast all matches of EPL.

For EPL fans who are want to watch the entire tournament, here is brief information provided to you about the TV channels broadcasting EPL 2021 Worldwide.

What is the Schedule?

Take a look at the entire schedule of the upcoming EPL 2021 which was announced by the Cricket Association of Nepal in the month of February 2021. All match timings are according to the local (BST+4.75).

The fourth edition of Everest Premier League is expected to be full of adrenaline in players after a long pause. It is also known that many global players will be joining the league this time. Former South African skipper Hasim Amla, the universe boss Chris Gayle, Dwayne Smith were all scheduled to play at the TU Cricket ground. Shahid Afridi (Kathmandu Kings XI) will be seen playing as well.