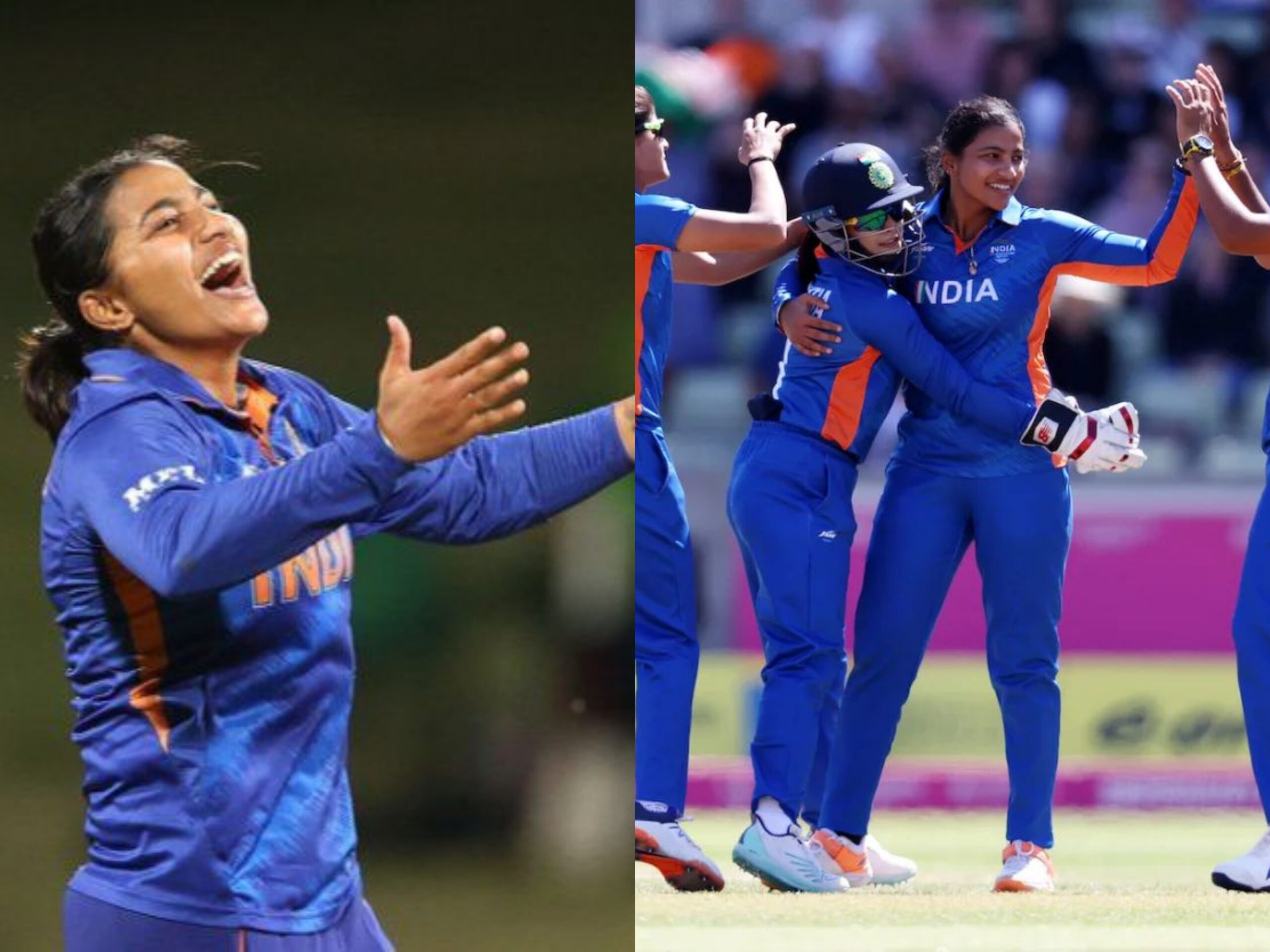 Sneh Rana produced a bowling spell for the history books as she scripted a victory for India against England in the final overs of the Commonwealth Games semi-final. She bowled four overs for 28 runs and picked up two wickets, then successfully defended 15 runs in the final over as India snaked through on a last-ball victory. They won by four runs and are on course to bagging a silver or gold medal at the final.

Amy Jones and Nat Sciver had a 54-run partnership going for the fourth wicket, and while they were batting it looked like England were going to cruise to their 162-run target. They kept the run-rate up at the required 8 runs per over, and when Shafali Verma conceded 15 runs off the 16th over, it looked like curtains for India’s final hopes. England needed only 33 off the last four with two well-set batters occupying the crease.

Then Deepti Sharma bowled out with a tight over that cost just three, and Sneh Rana returned to complete the last two overs of her spell. The 18th over was the turning point for India. Amy Jones, who had looked confident on her way to 31, was run-out off the second ball. Radha Yadav collected and threw it to the bowler’s end, and Rana knocked over the stumps with Jones well short. She struck Nat Sciver on the pads three balls later, but the review was turned down because Sciver had a faint edge. Still, the over had brought only three runs and cost England a wicket too.

Pooja Vastrakar conceded 13 runs in the penultimate over, but Smriti Mandhana ran out Sciver with a sharp throw from midwicket. Rana was handed the ball for the final over with England needing 14 runs, and two new batters at the crease.

Rana’s first two balls were a dot and a single, and on the third she got a wicket. Katherine Brunt spotted the full toss on leg and tried to send it out of the ground, but only got it as far as Harmanpreet Kaur at mid-off. 12 needed off three. Sophie Ecclestone knew England needed a boundary, and she hit the ball high in the air – but Harleeon Deol, subbing for Jemimah Rodrigues, couldn’t hold on. But still it was only a single, and England needed two sixes to win. Maia Bouchier couldn’t connect with the penultimate ball of the innings, and India was already celebrating. She whacked a six off the last ball, but it was too little too late.

Terrific over by Sneh Rana in the end to seal the deal for India. The effort becomes doubly impressive when you keep in mind that she had to bowl with 1 fielder less outside the circle due to over rate penalty. Great effort, truly.

Tight off-spin from Sneh Rana and Deepti Sharma. Contrasting batting styles from Smriti Mandhana and Jemimah Rodrigues. These high quality individual performances have lifted their teammates to a final (against the odds, perhaps). A lot to like about this Indian side!

Sneh Rana is such a clutch player! #Birmingham22

Every team wants a Clutch player like Sneh Rana in their team!! 🔥
What a turnaround, still can't get over that🥵#ENGvIND pic.twitter.com/IQ8BgLegQU