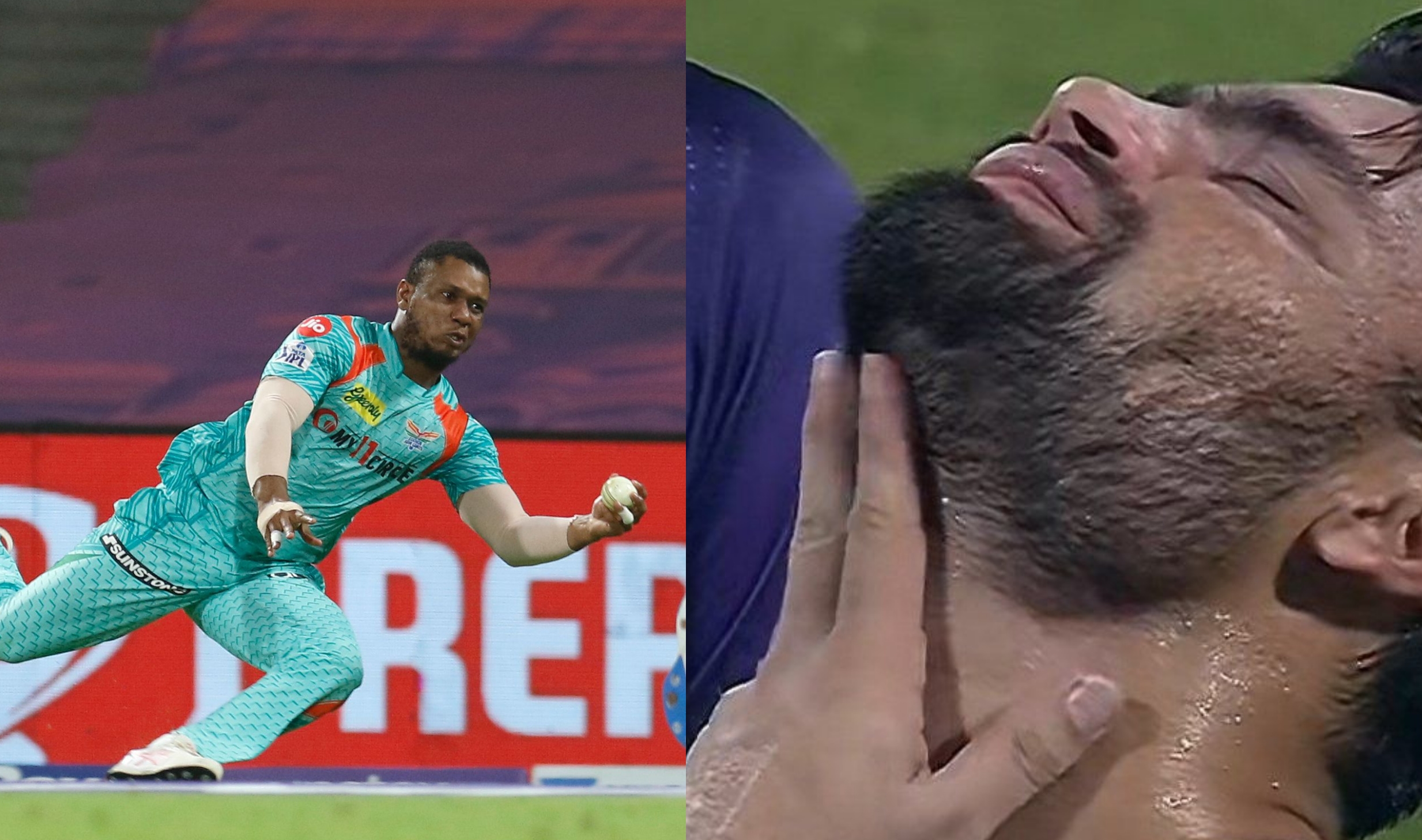 Evin Lewis pulled off the catch of the year during Lucknow Super Giants’ match against Kolkata Knight Riders on Wednesday. He took a one-handed diving catch to dismiss Rinku Singh on the penultimate ball of the innings, sending back the rampaging batter who was two balls away from closing out KKR’s 210-run chose. LSG snatched a 2-run victory by the tips of their fingers, qualifying for the playoffs and in the process knocking out KKR.

Rinku Singh has had a point to prove since returning the the KKR squad after half their season was through. Today he plundered two fours and four sixes in his 15-ball innings that produced an astounding 40 runs, and alongside his partner Sunil Narine, dragged KKR from needing 67 off 24 to three off the last two balls.

Overs 16-19 had been looted for 56 runs, and this was despite losing the wickets of Sam Billings and Andre Russell. Marcus Stoinis was entrusted to defend 21 off the final over, and Rinku plundered 16 runs off the first the deliveries. He drove the first ball for four, then smashed two consecuive sixes to leave KKR needing 5 off 3. After haring across for a two, the last three runs seemed like a cakewalk for Rinku.

But then he miscued a drive off a Stoinis’ full ball outside off, and sent it skying in the air. Lewis came charging in from the sweeper boundary, and without slowing a fraction, dived low. Unbelievably his fingers clasped tightly around it inches from the ground, and his hands were raised in triumph as his body slowed from the fall.

Rinku averages nearly 35 from seven games this season, his 174 runs coming at a strikerate of 148.

Evin Lewis brought into the xi to take one of the best catch under pressure. And that catch maybe the reason they might finish in top 2.

Just give Evin Lewis the Man of the Match.

Don’t think we will collectively get over that Evin Lewis catch for a long long time! 🙌🏼 #KKRvsLSG

That Evin Lewis catch is a triple treat. First for the run – and gauging the swirl. Second for the gymnastic leap. Third for gripping the ball even when his elbows hit the ground – that is when it usually pops out. It helps he is left-hand dominant … but stunning nonetheless