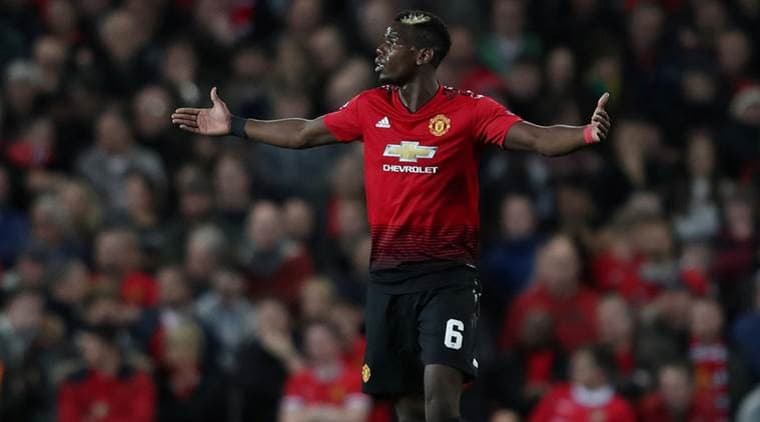 Manchester United is the most successful football team that is based in Old Trafford, Great Manchester, England. The team is nicknamed Red Daredevils when the club was founded in 1878. Manchester United has won the most number of trophies. Their trophy cabinet includes 20 League titles, 12 Fa Cups, 5 League Cups, one FIFA World Cup, one UEFA Super Cup, and the list is endless. Check Top 10 Most Expensive Signings Of Manchester United.

Manchester United consists of some phenomenal players, the club has never been afraid to take a risk in signing new talents who have great potential. The team earns huge annual returns, which gives them a good reason to spend on players who might give them better results for the team. So here, Top 10 Most Expensive Signings Of Manchester United.

The Red Daredevils have signed many new players in the previous year. the loss includes all Top 10 players that have been bought by the Club. The Team is all set to give chills to its fans and rivals with their newly acquired stars. Take a quick look at the list and check out their fee.

Now that we know who are the top 10 recently acquired players that were bought by the Club at huge fees, here is detailed information of each player starting with the highest paid to the lowest,

Paul Labile Pogba is a French professional footballer who was bought at a sum of £89 Million in 2016. He is the most expensive player that the club has spent on. He was acquired from Juventus. Paul was awarded as the Best Young player for his performance at the 2014 FIFA World Cup.

Harry is an English professional footballer who plays center-back on the field. In 2019, Maguire was bought by Manchester United for a fee of £80 Million. The club shelled out a world record £80m fees for a defender and he has since become the club captain despite being at the club for less than two years.

Romelu Menama Lukaku Bolingoli is a Belgian footballer who plays for the team Manchester United as a striker in Premier League. Lukaku signed a 5-year contract with Manchester United after he joined the team in 2017. Lukaku was bought for a sum of £75 million.

Jadon Malik Sancho is a 21-year-old English footballer who plays as a Winger in the Premier League for the team Manchester United. This young lad joined the club recently on 14th August 2021. He is the fourth most expensive player on the team.

Ángel Fabián di María is a player from Argentina who plays as an attacking midfielder or as a winger on the field. Angel Di Maria was a monumental signing for United, a club record at the time in 2014. He started off well by providing 4 assists, 3 goals to the team.

Frederico Rodrigues de Paula Santos is a Brazilian professional footballer who is currently under the contract of Manchester United playing as a midfielder for the Premier League. He signed with the team in 2018.

Aaron Wan Bissaka is an English footballer that plays right-back for the team. He started his career with Crystal Palace and achieved Player of the year by the Club in 2018-19. In 2019, he moved to Manchester United for an initial fee of £45 million, with another £5 million due in potential bonuses.

Bruno Miguel Borges Fernandes is for Portugal. He is a professional footballer who plays as an attacking midfielder for the team.  In 2018–19, he scored a record of 33 goals in all competitions, making him the highest-scoring Portuguese midfielder

Raphael is a french professional footballer who plays as a center-back for the team manchester United. He had also won four Champions League titles and one World Cup, among other trophies.

Anthony Jordan Martial is one of the players of Manchester United who is forward for the team. signed for Manchester United in 2015 for an initial fee of £36 million which could potentially rise to £57.6 million.