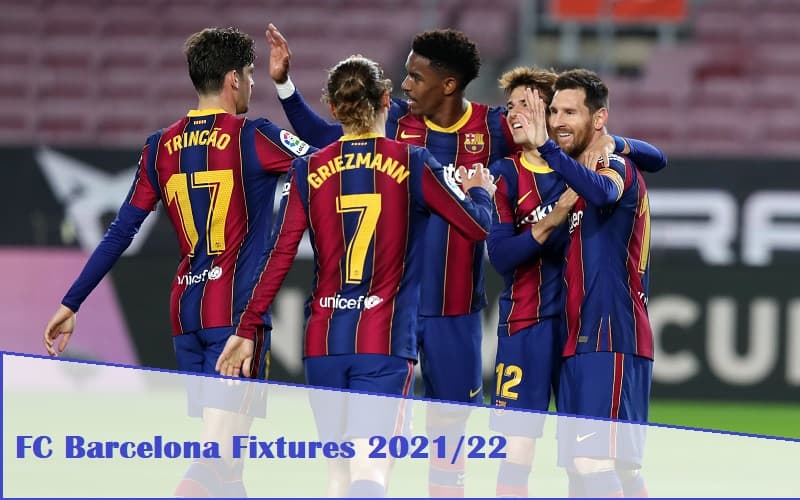 Barcelona is one of the most widely supported teams in the world, and the club has one of the largest social media following in the world among sports teams. Coach Ronald Koeman was appointed as the new head coach of Barcelona replacing Ernesto Valverde.

Barcelona 2021-22 is likely to start the La Liga campaign at Camp Nou against Real Sociedad on August 15. Real Sociedad will be a good competition to Barcelona. After the opening fixture, Barcelona will travel to San Mames. 7 days of gap between both the fixtures.

The first 2 fixtures for Barcelona, against the Real Sociedad August 15 Athletic Club on Aug-22 could be a make-or-break season for them. Followed by Getafe, Sevilla and Granada.

Check out the entire schedule for FC Barcelona 2021-22. Note that the dates and times of the fixtures are subject to change.

According to Forbes, Barcelona had recorded revenue of €366 million. It is the highest-paid sports team in the world.

Meanwhile, Ronald Koeman’s side will be eager to put last season’s third place behind them. Nevertheless, by getting off to a positive start when they take to the field for the new campaign. Barcelona’s first game with Real Madrid in the 2021-22 Liga season is scheduled to be played on October 24, 2021, at Camp Nou.

The second Clasico meeting in La Liga will come on March 20, 2022, at the Santiago Bernabeu or Alfredo de Stefano, depending on if the construction is complete. Under the guidance of coach Carlo Ancelotti, Real Madrid is all set to win this season. It will be a delight to watch both teams perform at their best this season.

In the UK, La Liga matches will be available to watch and stream on La Liga TV, while Premier Sports and FreeSports also have rights. In the US, La Liga games will be broadcast on the beIN Sports network, which has both English language and Spanish language channels. Online streaming service, beIN Sports Connect is also available.