FC Barcelona Vs Rayo Vallecano, Betting Predictions; Where To Watch? 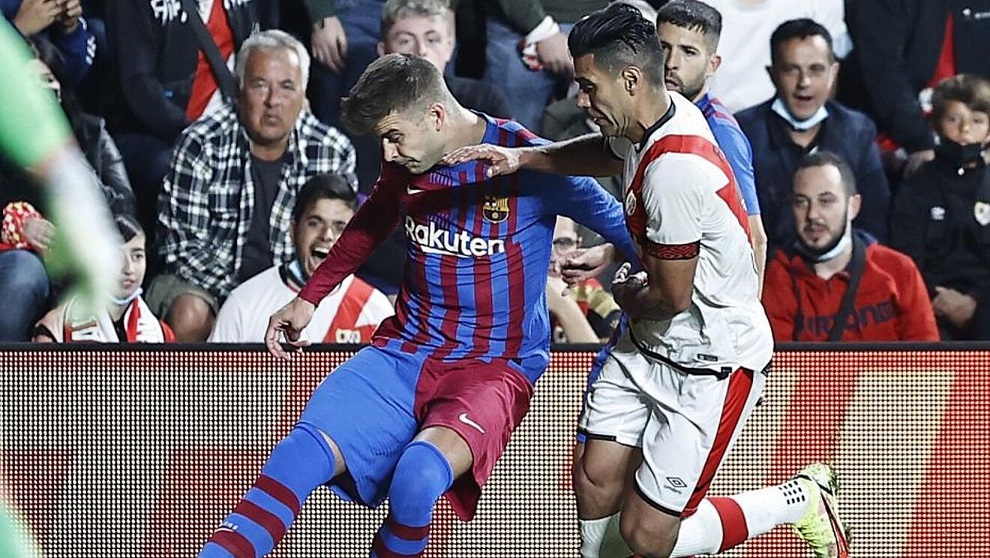 FC Barcelona vs Rayo Vallecano: Where to watch?

The absence of Sergi Roberto, Samuel Umtiti, and Pedri for this encounter is a continuation of a trend, with Ansu Fati being kept out of the team despite making significant progress in his rehabilitation from a hamstring injury. The likes of Gavi and Jordi Alba should be available despite suffering knocks against Real Sociedad. Gerard Pique, Dani Alves, and Ronald Araujo, on the other hand, were all substituted on Thursday due to injuries, and it is unlikely that any of the three will be available to start this weekend’s match despite being named in the squad.

As a consequence, Sergino Dest, Eric Garcia, and Clement Lenglet might be inserted into the back four, but there aren’t likely to be any changes in midfield or attack, even though players such as Luuk de Jong, Memphis Depay, and Adama Traore are vying for minutes in the attacking third.

When it comes to Rayo, Ivan Balliu will be returning from a one-match ban and is anticipated to make his way into the starting lineup at the Camp Nou, perhaps taking Mario Hernandez’s spot at right-back. The away side’s injury situation, on the other hand, remains unchanged, with Martin Merquelanz and Esteban Saveljich both continuing out with knee and hamstring injuries, respectively.

Aside from Hernandez, head coach Iraola could choose the same starting lineup that went to the field for the first whistle against Espanyol, with Alvaro Garcia and Isi Palazon returning to provide support for Guardiola in the middle of the field.

Rayo is more than capable of making this a difficult encounter for Barcelona, who were defeated at home by Cadiz the previous time out. While keeping this in mind, the Catalan giants will be overwhelming favourites at Camp Nou, and we do not anticipate a surprise outcome this weekend.