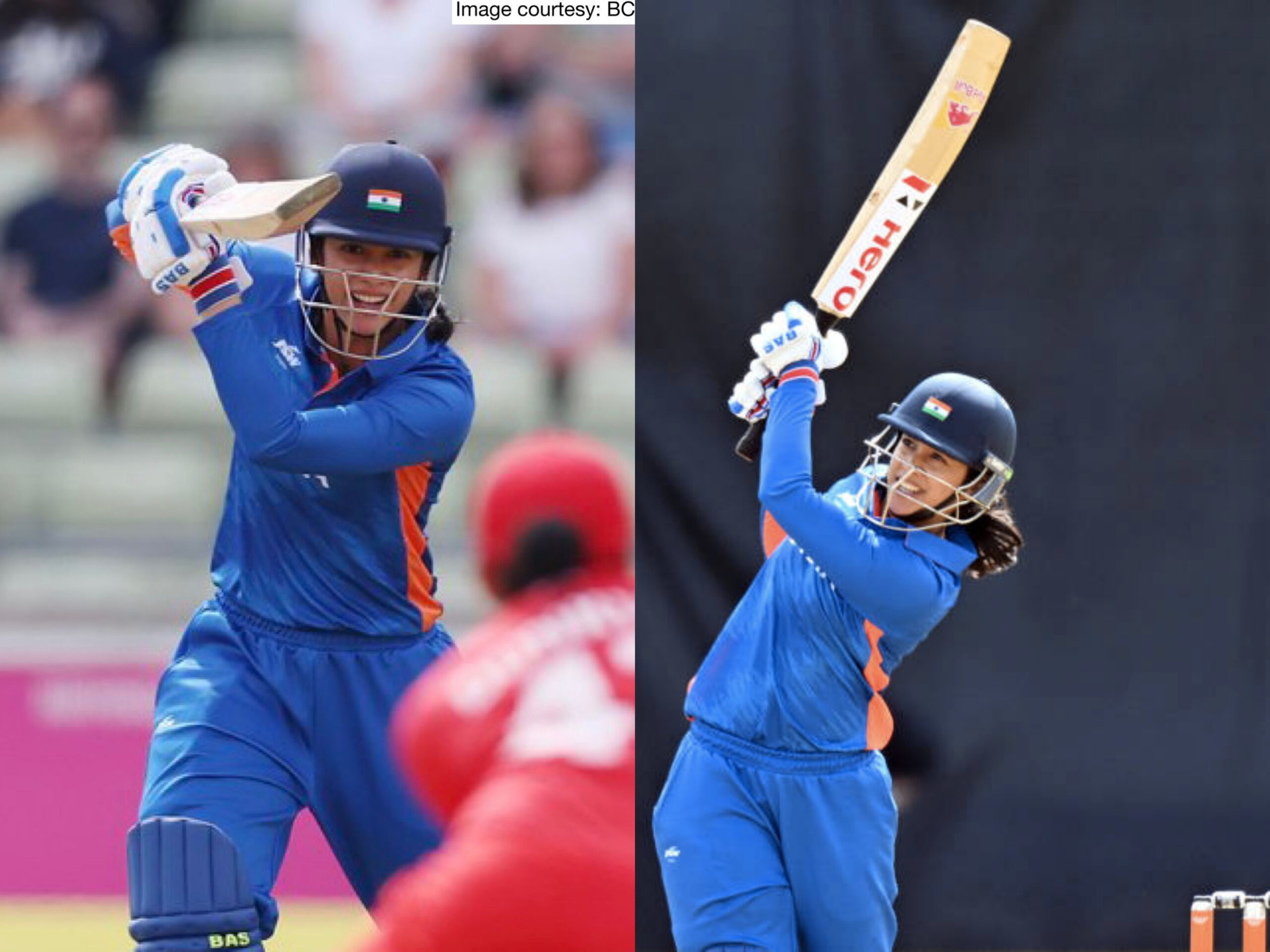 Smriti Mandhana played a pivotal knock for India in the Commonwealth Games semi-final against England. She smashed 61 off 32 balls at a strike-rate of 190, hitting eight fours and three sixes en-route to her 15th T20I half-century, and her second at the CWG. Her powerful innings put India on course to a hefty total, and they are currently batting on 100-3.

Smriti opened the batting alongside Shafali Varma, and dominated most of the strike within the powerplay. She raced to her fifty off just 32 balls, and got there in the sixth over with a pull of Sophie Ecclestone. Thanks to her brilliance, India reached a powerplay score of 64-0. Smriti and Shafali put on a 74-run partnership off only 47 balls.

Both oepners fell in quick succession soon after the powerplay. In the seventh over, Shafali holed out to Freya Kemp after a bottom edge gave an easy catch to Katherine Brunt. One over later, Smriti fell to Nat Sciver when an attempted scoop landed in then hands of shrot fine leg.

Smriti is currently the highest run-scorer in the Commonwealth Games, having racked up 153 runs from four innings. She averages 51 and has batted at a strike-rate of 156, easily the best among all six teams that are competing. During India’s match against Pakistan, she smashed an undefeated 63 to help India cruise to an eight-wicket victory.

SMRITI MANDHANA BEST IN THE WORLD 👸

23-ball 50. Unbelievable batting by @mandhana_smriti in a pressure game.

Smriti Mandhana scores the fastest fifty in Women's T20Is for India (23 balls). She is also the 2nd & 3rd name in this list

The fastest ever Indian WT20I fifty for Smriti Mandhana in just 23 balls.

Not sure the previous record holder will be too pissed, since she is also Smriti Mandhana (24 Balls).

‘Arsenal will receive €6-7M’- Lucas Torreira is set to sign a contract with Galatasaray
‘If Salah wins that, media would demand a public trial’ – Twitter reacts to Mitrovic penalty