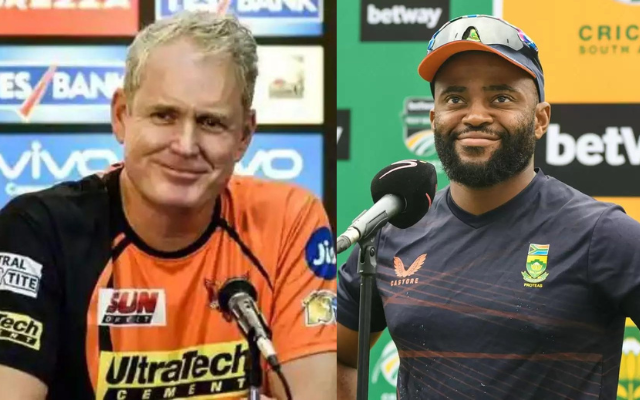 South African captain Temba Bavuma has been short of creating an impact for the national team as far as the batting attack is concerned. The right-handed batter failed to lead the attack by example in the ongoing edition of the showpiece event.

He chipped in with a string of low scores, with the majority of his knocks coming in the form of single digit scores. The Proteas captain literally struggled to assess the Australian conditions and ended up on the receiving end, more often than not.

It is indeed tough to know that a player of that calibre failed to bring the best out of himself in the main event. Overall, he managed to score just 70 runs in all the five games he played for South Africa in Super 12 of the T20 World Cup.

South Africa performed pretty well against the likes of Bangladesh and India. However, they ended up losing to Pakistan and Netherlands respectively. As a result, they were eliminated from the competition.

In fact, nobody expected this sort of a result from them in this tournament because they played pretty well as a team. Following their exit from the tournament, they were on the receiving end of trolls as social media users called them “chokers”.

Meanwhile, Tom Moody slammed Proteas captain Temba Bavuma by saying that the latter is an elephant in the room. He literally meant that Bavuma is a major issue in the team. He further added that there are better players sitting on the bench who deserve an opportunity.

Tom Moody said, "Temba Bavuma is the elephant in the room. There are better players sitting on the bench who should get a chance now".

Finally someone said it out loud.

If he's better Captain but failed batsman then he should bat after all rounders.

I still wonder why he is captian, African team is only compromising

I feel sorry for Reeza Hendricks, he's in the form of his life and he's rotting on the bench, this quota rule stinks

Very easy to point fingers after loss.
From the starting of the tournament they were strongest contender. Now when they chocked everyone is after them. 👎

Don't think SA will continue with him.

This statement is not a surprise