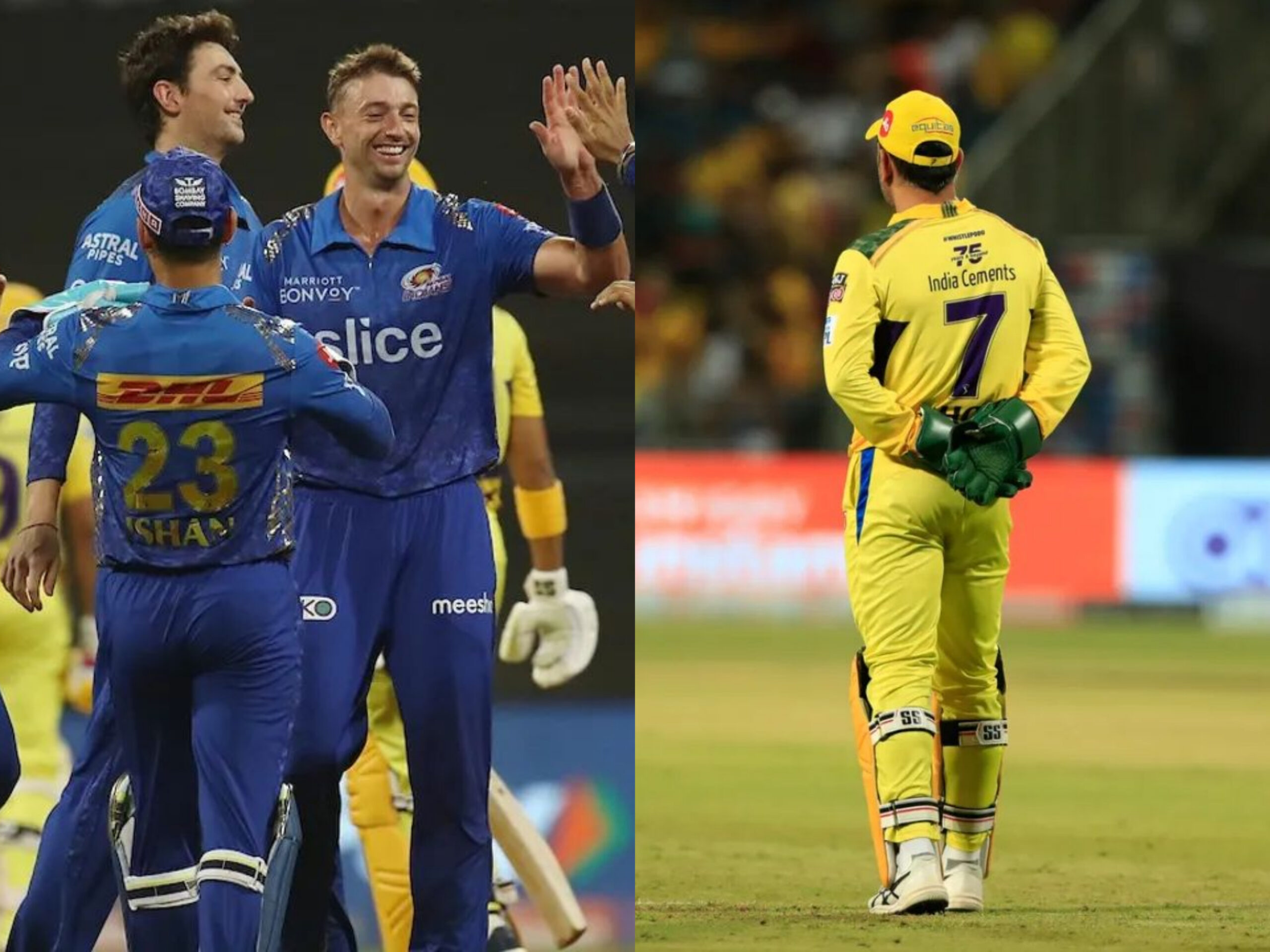 Mumbai Indians defeated the Chennai Super Kings by five wickets and with five overs remaining. The Super Kings collapsed for 103 all out, their lowest score of the tournament, and their second lowest total in IPL history. The humiliating loss has officially knocked them out of contention for the playoffs, though the chances of that occurring even with a victory today was slim.

Mumbai had a few hiccups in what should have been a breezy chase, losing both openers within the first four overs as they have been wont to do this season. Mukesh Choudhary and Simarjeeth Singh each bowled their four overs up front, and their promising pace unit will be a big, big positive CSK will carry into next season. Ishan Kishan was dismissed by Mukesh in the first over for the second time this season, while Rohit Sharma’s fluent but brief knock was cut short by Simarjeet. Rohit had scored 18 runs including four stylish boundaries, but edged a beautiful length delivery outside off stump to Dhoni in the fourth over.

Two wickets fell, both lbw to Mukesh in the fifth over, Daniel Sams for 1 and debutant Tristan Stubbs, slotting in for Kieron Pollard, for a duck. Sams received a full inswinger on his pads that was plumb on middle stump, and Stubbs a back-of-length delivery that trapped him on the back foot. Mumbai were now 34-4, but held their nerve after that.

Mumbai’s two youngsters, Tilak Varma and Hrithik Shokeen rebuild their side’s innings, piecing together a 48-run partnership off 47 balls that killed CSK’s hopes once and for all. While their qualification chances were never a real possibility after eight straight defeats at the start of the tournament, they mathematically crashed out of the tournament five days ago when Rajasthan Royals beat the Punjab Kings.

This is only the second time in CSK’s history that they have failed to qualify for the playoffs of an IPL season, the previous occasion being 2020 when they managed only 12 points from 14 games. The match between the two bottom placed teams had no effect on the points table, with CSK remaining at ninth and MI rooted to the last place.

Eliminated team Eliminates another team in the El-Classico.

No Raina in 2 seasons & CSK fails to qualify only those 2 times. Elite.

Very disappointed the way the defeat has come to show the exit door for CSK.Captain marvel is still supremely fit and batting well too.Hopefully next year he will be back to see this team do well.Cant see him leave the scene with disappointment like this.Very hurting.

Very disappointed the way the defeat has come to show the exit door for CSK.Captain marvel is still supremely fit and batting well too.Hopefully next year he will be back to see this team do well.Cant see him leave the scene with disappointment like this.Very hurting.

First time since 2016, we'll have a winner other that MI and CSK. Good for IPL

‘Dear CSK, we only want one thing: please cross 49’ – Twitter fans dejected as CSK collapse against MI
‘Nobody in the world like Jonny Bairstow when he hits top level’ – PBKS opener’s 19-ball 50 stuns Twitter