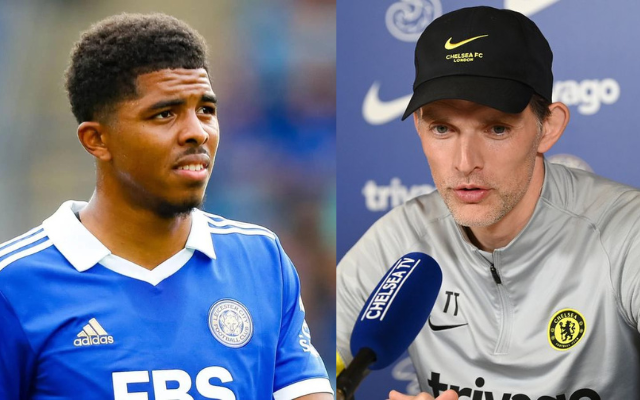 According to reports, Leicester City has turned down a deal from Chelsea for £60 million for Wesley Fofana. The Foxes allegedly want £80 million for the services of the French defender

Nathan Gissing reports that a proposal from Chelsea for sixty million pounds has been turned down by Leicester City. The Blues are hoping to persuade the Foxes to settle for £70 million for the French defender, but the Foxes are asking for £80 million in exchange for their player.

The previous week, Chelsea decided to focus their attention on Wesley Fofana since all of their other targets were either unattainable or difficult to get during this window. The Blues have started their pursuit of the defender that plays for Leicester City because they have an urgent need to get a dependable defender before the start of the season.

The departures of Antonio Rudiger and Andreas Christensen created a hole in the team, which was partially filled by the acquisition of Kalidou Koulibaly. Nathan Ake was Chelsea’s top objective to strengthen the centre defensive line. however, the Dutchman ultimately decided to remain with Manchester City, so Chelsea abandoned their pursuit of Ake.

Other targets were thought about, but according to reports, Chelsea is moving closer to completing the transfer of Marc Cucurella from Brighton & Hove Albion. Even though Brighton and Hove Albion have denied reports that they have completed a deal with Chelsea, the Spaniard is still anticipated to show up at the club very soon. In spite of this, the west London club continues to show interest in Fofana.

Chelsea and Fofana have already reached an agreement over personal matters, but the difficult part will be convincing Leicester regarding the total cost. The Blues are said to have submitted a sizeable offer worth £60 million, but the Foxes have allegedly turned it down and are maintaining their demand for at least £80 million to sell the French defender.

Chelsea is not prepared to pay that much, but if a better offer is made to them, they would consider increasing the price to £70 million. It is uncertain whether or not they will make an early attempt to put Leicester’s commitment to the test.

Fofana had a serious injury during a pre-season friendly during the offseason of the previous year, which limited his playing time for Leicester. After battling back from injury, he was able to contribute to the Foxes’ run in the UEFA Europa Conference League later in the 2021/22 season. However, since that injury, several people have expressed concerns over his long-term fitness.

The young player, who is just 21 years old, is anticipated to have a prosperous career, and Leicester City will be expecting to GET a sizeable profit from the sale of his contract. They will want to hold out for a substantial £80 million price from Chelsea, particularly given that they have always been strict on their player values.

If Chelsea and Leicester are unable to reach an agreement on a price for Fofana, Leicester may shift their attention to other players. Josko Gvardiol, who plays for RB Leipzig, is one of the players that Chelsea is taking into consideration, but additional names might be added to their list if it becomes necessary.